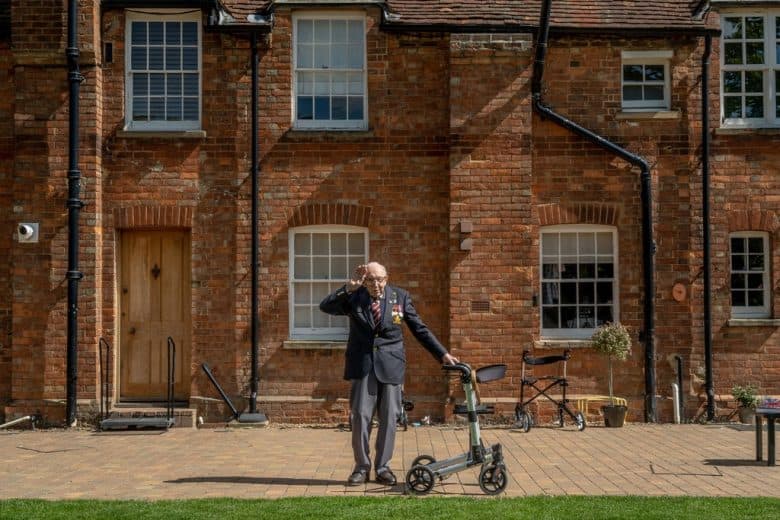 You may have already heard this bit of good news – it went viral quickly. (More good news from many parts of the world below.)

As retired British army officer Capt. Tom Moore approached his 100th birthday (still mowing his own lawn and driving his own car) he pledged to walk an 82-foot path next to his garden with his walker 100 times to raise money for Britain’s National Health Service.

His daughter organized a fundraising campaign for the 100 laps of Tom’s walking before his birthday, hoping to raise £1,000 ($1,200 USD). As of this posting, Tom Moore has raised $40 million USD, and the donations have not yet stopped coming in.

Capt. Moore (now promoted to Colonel) served in World War II.  “At that time, the people my age, we were fighting on the front line and the general public was standing behind us. In this instance, the doctors and nurses and all the medical people, they’re the front line. It’s up to my generation to back them up, just as we were backed up,” he said to the public media.

People have responded to that spirit with donations and with 220,000 birthday cards sent on Col. Moore’s birthday. (see photo below)

Avaaz, a powerful online activist network, published the news of this campaign along with many other stories of good news from around the world.  Take a moment to peruse and be inspired.  So many people are taking wise and effective action to address the COVID-19 pandemic, and that can encourage all of us.

Something beautiful has happened in the last few weeks — I think we’ve all seen it.

In the face of a vicious pandemic, when it would have been so easy for fear and selfishness to rule, we’ve found our shared humanity again.

But there’s a danger that as we beat this pandemic, the tenderness of this moment will fade too. We can already see it in the divisions being redrawn for political gain and the conspiracy theories going viral.

The spirit of compassion, wisdom, and unity that millions of us have felt amidst this horrific crisis is a fragile thing that needs to be defended.

That’s why, with the help of Avaazers across the globe, we’ve curated ten of the most beautiful stories of this shining new humanity. It’s to remind us of who we really are when it matters most, and that we really are capable of meeting the biggest threats we face — together. 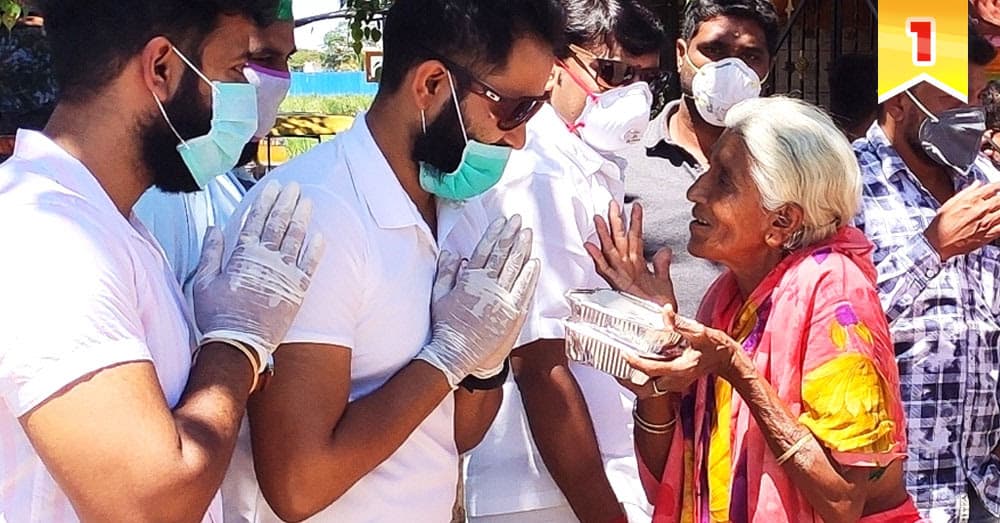 In Bangalore, India, one little restaurant called Desi Masala is feeding more than 10,000 vulnerable people every day — and they aren’t the only ones! Thousands of volunteers, everywhere, are helping to cook fresh, healthy food for frontline workers and those in need. 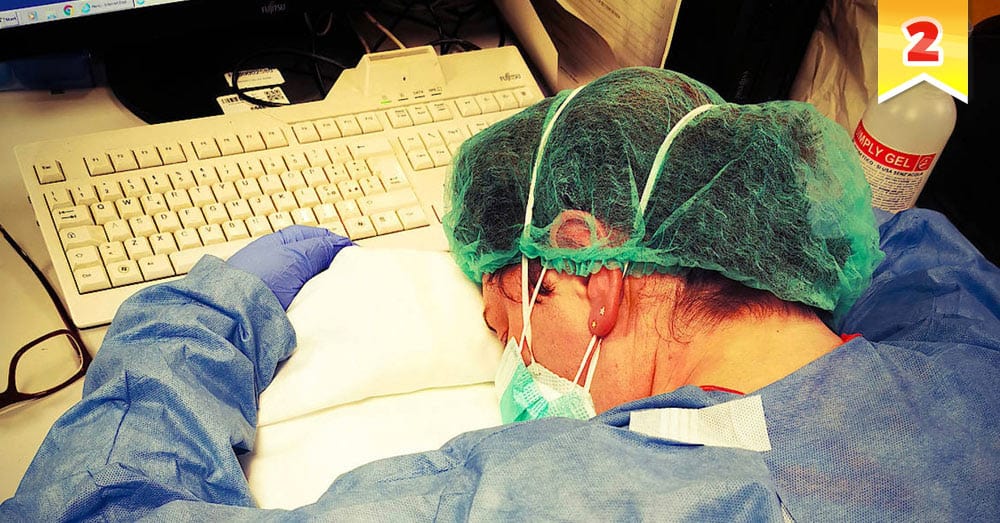 This is Elena Pagliarini, a nurse from Italy, passing out at her desk after an exhausting night shift — days later she tested positive for Covid-19. Elena’s passion stands for the millions of hospital staff who are risking their own lives to save those of others. Every. Single. Day. 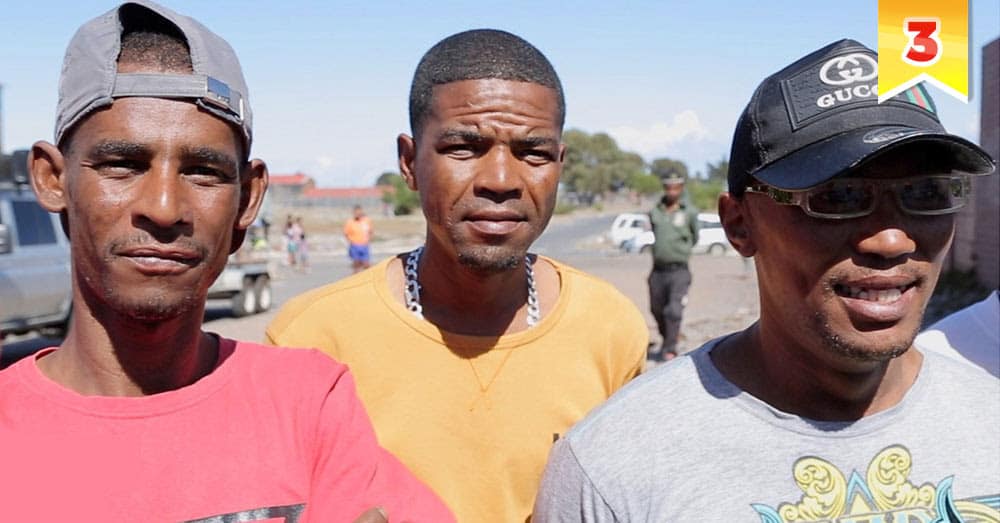 After decades of fighting each other, rival gangs around Cape Town have agreed an unprecedented truce and are now working together to bring food to struggling households in their communities. “What we’re seeing happen here is literally a miracle,” said Pastor Andie Steele-Smith. 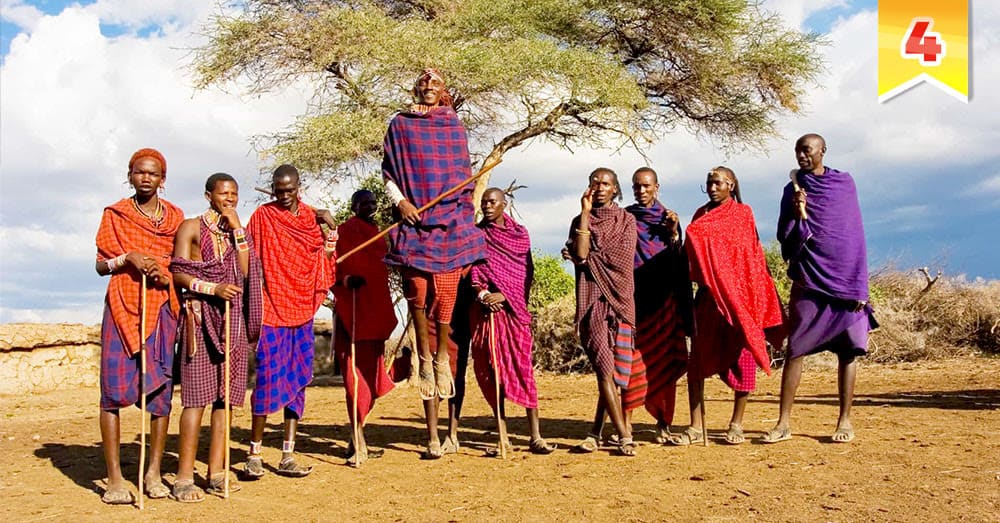 When the Maasai of the Nashulai conservancy in Kenya sent Avaaz an urgent cry for help after tourism collapsed because of Covid-19, over 100,000 of us answered in a heartbeat, with funding for food, health and sanitation supplies, and to pay rangers to keep protecting the wildlife. Thank you, Avaazers, you are wonderful! 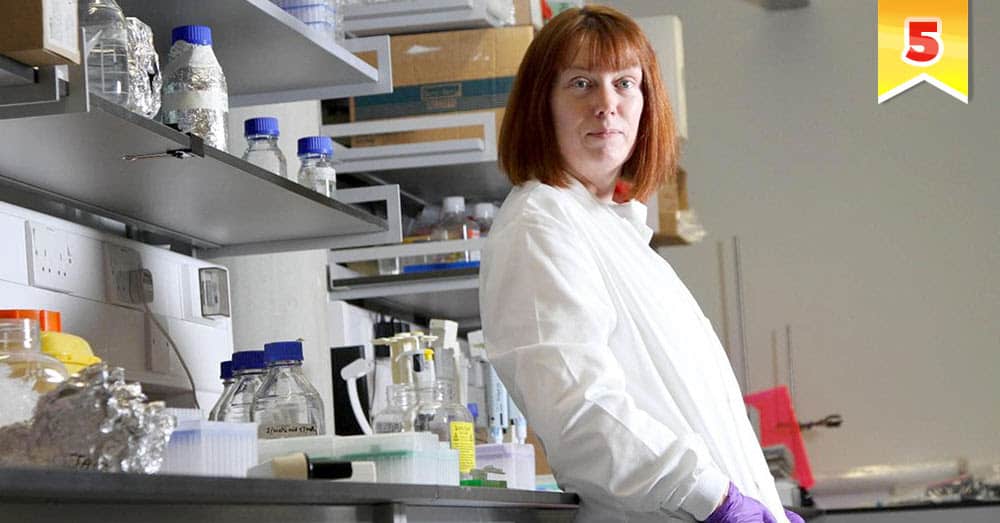 Never before, scientists say, have they seen such collaboration across the globe. And Prof Sarah Gilbert is one of the women at the forefront, leading a team of dedicated researchers to find a vaccine against Covid-19. Now world leaders have pledged €7.4 billion to help and ensure any vaccine is also distributed in poorer countries. 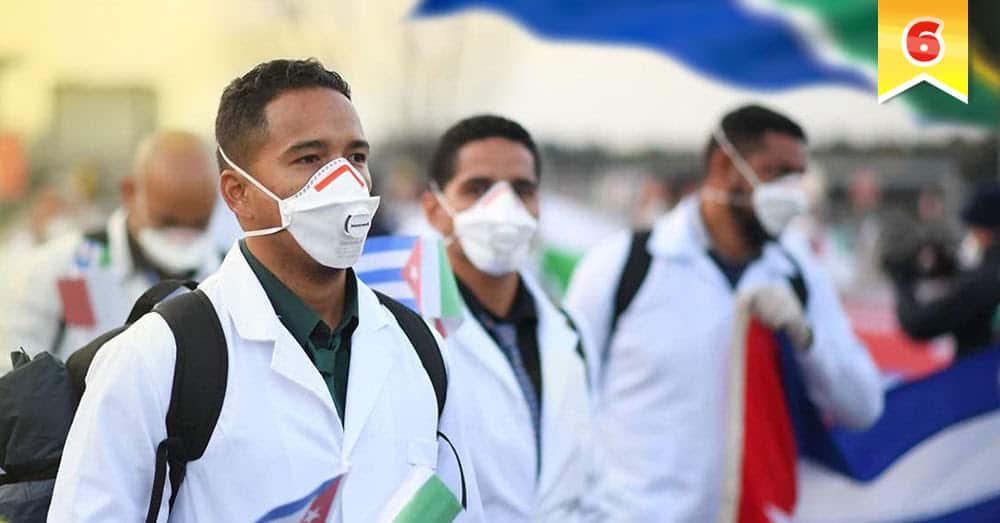 At the end of April, more than 200 brave doctors from Cuba got on a plane to South Africa to help fight coronavirus. They’re part of a global army of medical professionals that are leaving their families behind to help countries in need.

This is Hassan, a former Syrian refugee who joined over 750,000 (!!) UK citizens who signed up to help the national health service. He’s now working as a cleaner at his local hospital, and says, “London has been my home since leaving Syria, and the least I can do is make sure my neighbours and the amazing NHS staff are safe and sound.” 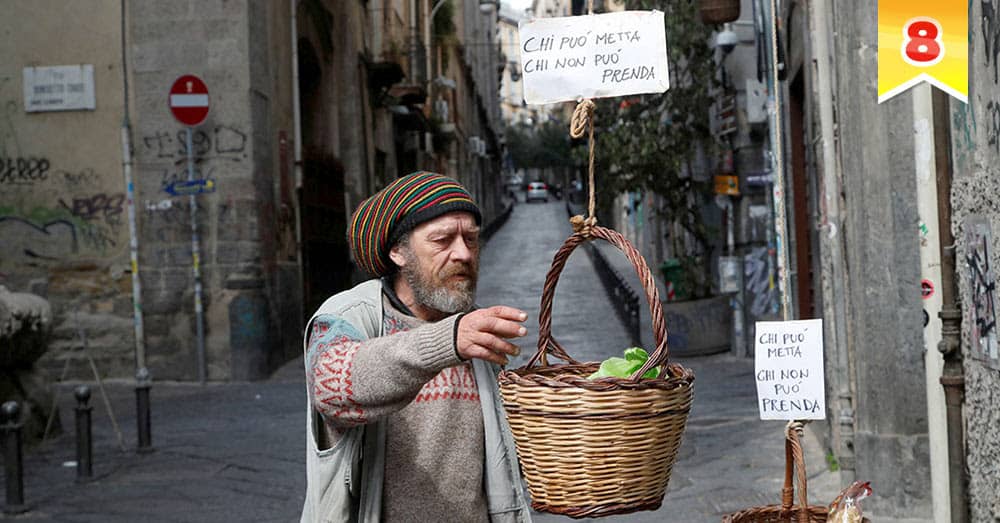 People in Naples, Italy, have been leaving “solidarity baskets” for those who are struggling. The note reads: “Put in, if you can. Take out, if you can’t.” And it’s not just Naples: across the planet, citizens are helping out their neighbours, from buying groceries to cooking meals for those in need. How beautiful is that? 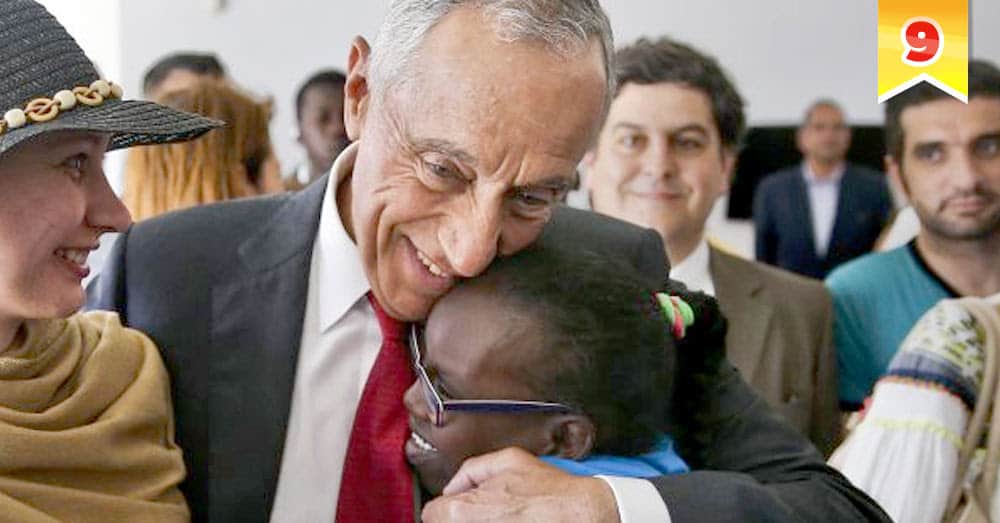 Setting an example for countries everywhere, Portugal has given all refugees and migrants with pending applications full citizenship during the crisis, granting them access to free health care, welfare benefits, bank accounts, and rental contracts. 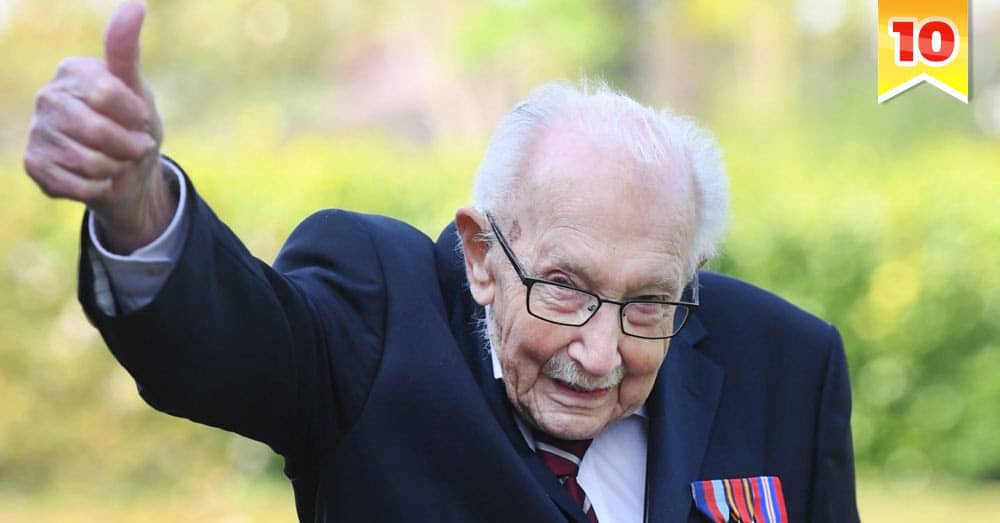 This is Captain Tom Moore, a 100-year-old man in Britain who set out to raise some money for the health service by walking back and forth in his garden. His walk captured the hearts of thousands, and he’s now raised over £32 million! And for his 100th birthday, people sent him more than 125,000 birthday cards! 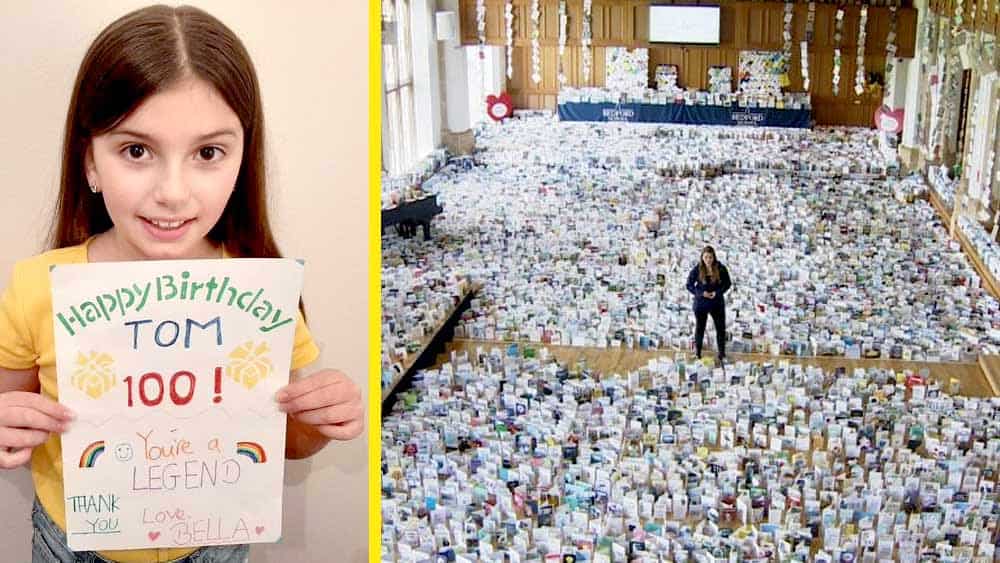 And those are just ten stories; there are thousands more, of ordinary people doing wonderful, heartwarming things, everywhere.

They’re a reminder of humanity’s inherent goodness, and an invitation to reimagine our world, and what it means to be human in these unprecedented times.

This pandemic is far from over, and there will be many more crises to come — but seeing how we are able to rise to this one, together, gives me confidence for what lies ahead.

Joy as an Agent of Social Change – Really?

A Challenging Perspective on Freedom for America’s Independence Day