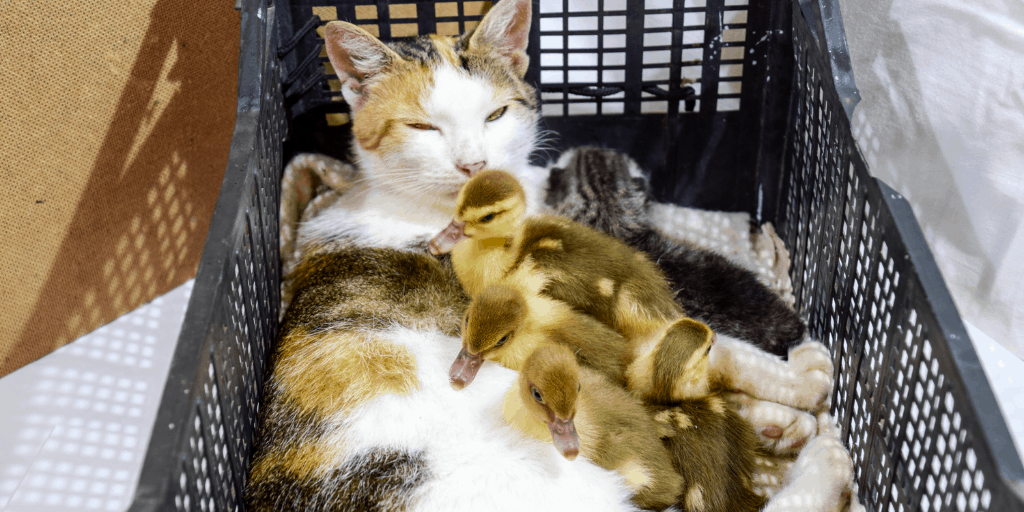 Wildlife biologist Liz Bonnin spent a year traveling all over the world, researching and reporting on the most unusual pairings of friendships across species in the wild: a goat and a hippopotamus, a dog and a tiger, an ocelot and a chimpanzee, a cat and a duck. The hour-long film, The Oddest Animal Friendships, has had 16 million views since it was released in 2016. We can delight in the “cutest and oddest” animal couples; Bonnin also explains some of the science of how these pairings can form…and endure.

I was inspired enough to share it with you, in these times when we’re all trying to learn how to connect and communicate across the divisions of race, class, gender, religious faiths, geography and culture. To learn how, and to learn that we can.

P.S. Your kids and your inner kid will really enjoy this one, too.