(As news of Bouncing Back gets out, colleagues and friends are sending me resources for recovering resilience to pass on to you as well. I’ve integrated one from my book […]

Carrying Love and Appreciation in Your Wallet

(for Valentine’s Day, an expansion of love and appreciation beyond the romantic…) I first heard this story from the mediation teacher Jack Kornfield, though I’ve heard variations of it from […]

[My last installment now on Tara Brach’s new book True Refuge: a review of the entire book after posting the exercise “Remember the Most Important Thing” and weekly quotes. Several […]

Finding the Gift in the Mistake

Wiring for Resilience by Finding the Gift in the Mistake Knowledge rests not upon truth alone, but upon error also. – Carl G. Jung Resilience is based on learning new, […]

The book went to the printer January 30, 2013. Bouncing Back: Rewiring Your Brain for Maximum Resilience and Well-Being will be available in bookstores April 17, 2013. The book offers […]

Tara Brach’s latest book was released Tuesday: True Refuge: Finding Peace and Freedom in Your Own Awakened Heart. Tara is an internationally revered meditation teacher and clinical psychologist. Her first […]

The Greater Good Science Center at U.C. Berkeley is bringing together leading researchers and educators in the fields of mindfulness and compassion practice for a day of scientific and clinical […] 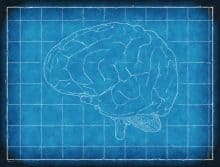 I heard Dan Siegel, co- author of The Whole Brain Child: 12 Revolutionary Strategies to Nurture Your Child’s Developing Mind, speak to a group of parents earlier this week about […]

Ten days into the new year, we may already be experiencing the falling away of the best of our intentions to create new wholesome habits. We really mean to exercise […]

Three Points to Steady You through Life’s Changes

At breakfast the other day, I commented to my friend Richard Miller, developer of yoga nidra, that when we’re going through a time of change and transition, as often happens […]