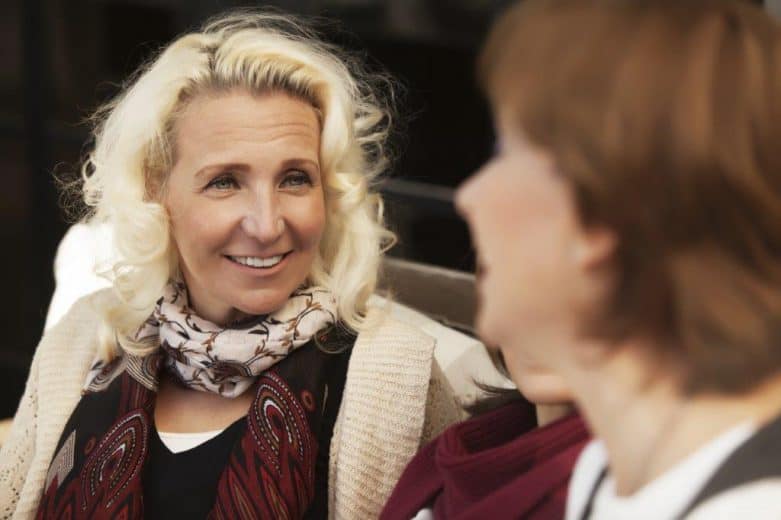 The roots of resilience are to be found in the felt sense of existing in the heart and mind of an empathic, attuned, self-possessed other.
– Diana Fosha

At times our habitual lenses of perception and reactivity can make responsible speaking and empathic listening almost impossible. Both people in a conversation can be caught in a mind-set of “me. vs. you,” “us vs. them,” or “always-never.” The differences feel intolerable and frustrations run high. Learning to communicate your fears and wishes to other people, and receiving their communication about their fears and wishes in return, is a practice of emotional intelligence that will sustain resilience for a lifetime.

When two people meet in mindful empathy, their emotions can be expressed in a fairly straightforward way. This honesty opens the door to perceiving another person’s needs, even in a conflict, facilitating a mutual understanding or at least a respect for differences.

This exercise is adapted from a method originally known around the world as Non-Violent Communication (NVC) developed by Marshall Rosenberg and now called Compassionate Communication. To some, the method can feel structured and mechanical, but when a conflict needs to be expressed and dealt with, it can be worth its weight in gold. When both people become adept at the protocol, they can identify the emotional needs that need to be addressed and choose appropriate actions to address them.

The Neuroscience of Compassionate Communication

The mechanical formula of this communication tool prohibits the shaming, blaming, and name calling that might otherwise activate the threat response in either person and pre-empts the consequent reaction – either a counter attack or withdrawal-stonewalling. When we’re not feeling threatened, the pre-frontal cortex is not hijacked by a threat response nor by the defenses to that perceived threat. The pre-frontal cortex stays active, using the resonance circuit so we can listen to and empathize with the other person in order to reach a resolution. Learning to stay open and respond to requests for chances in behavior strengthens confidence in our ability to resolve complaints and conflicts.

A Bombshell Too Close to Home