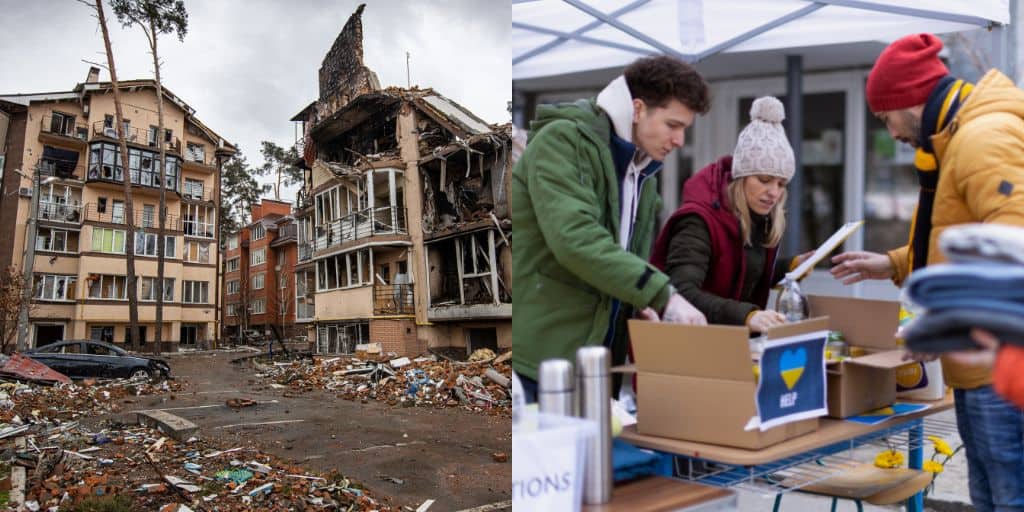 The cover story of the August 5, 2022 Guardian Weekly is “War? What War? Life in Moscow goes on as if the conflict doesn’t exist.”

True, it’s more dangerous to speak openly about the war in Russia than it is in the U.S. People go on about their lives in fear of what might happen if they question any aspect of their country’s invasion of Ukraine.

But focus fatigue isn’t restricted to when it’s too risky to talk about what’s actually going on. We stop focusing on what’s going on because:

1) there’s too much going on. The heart breaks open again and again, the nervous system gets frayed again and again. We’re overwhelmed with our own sorrows and challenges, let alone our neighbor’s, our neighboring country’s, the pain and destruction over so much of our planet.

That’s why I got excited when my friend Kathryn Collier connected me with the Forestry and Fire Recruitment Program. I live in California, wildfire country. Last year, there were 8,367 wildfires in California that burned 3.08 million acres. Destructive and scary. For the last two decades the state has “hired” 1600 low-security prisoners to fight those fires (saves the state $100 million annually). But when those prisoners are returned to life “outside” they can’t be hired as firefighters because of their prison record. (!!!) FFRP aims to correct that situation in a year already facing a severe shortage of trained firefighters.

Learning that called to mind the resources I turn to when I need to be reminded and inspired that small focused, local action is truly effective in empowering people to change their corner of the world. In the same week that the Guardian Weekly focused on the increasing apathy and indifference of Muscovites to the war their government is waging in Ukraine, I found these stories of people around the world thinking globally, acting locally.

Reasons to Be Cheerful,  a collaboration of independent investigative journalists reporting on social change efforts at the community level

The Brooklyn Packers, a worker-owned food cooperative is building a local food network of farms and food sellers made up largely of people of color….

Karma Tube, a collection of inspiring videos accompanied by simple actions that every viewer can take.

The Angel of Queens. Jorge Munoz is a school bus driver by day. Every night for the past 5 years he has gone home, cooked food for hundreds of people on his home stove, goes to a street corner in Queens, New York, and feeds those who are hungry.

Karuna News Karuna is the Sanskrit word for compassion. The motto of this news source is that karunavirus is more powerful than the coronavirus.

Since May 2022, volunteers have been transporting 1,000 trees in wooden containers through a 2+ mile stretch through the center of Leeuwarden . When the “walking forest” is stationary, seating areas are provided between the trees. More tree cover in urban areas means lower land temperatures and local people have a chance to relax and unwind. Beginning August 14, the 60 species of trees – leafy ash, oak, elm – will be planted throughout the city, especially in low-income areas where greenery is scarce.

Whatever crisis or cause inspires you to act in community for the community, let that collaboration nourish your sense of, and pride in, your resilience.