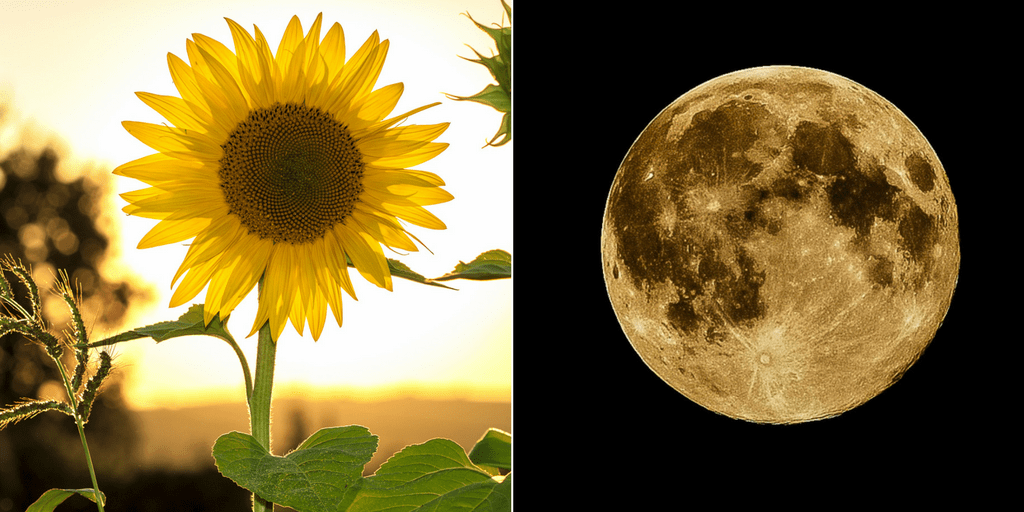 [As a follow-on to last week’s resources post: “Gaining Perspectives When the World Goes Off-Kilter.”  May you take heart, stay grounded, become inspired.]

When I look at a patch of dandelions, I see a bunch of weeds that are going to take over my yard.  My kids see flowers for Mom and blowing white fluff you can wish on.

When I feel wind on my face, I brace myself against it.  I feel it messing up my hair and pulling me back when I walk. My kids close their eyes, spread their arms and fly with it until they fall to the ground laughing.

When I see a mud puddle I step around it.  I see muddy shoes and dirty carpets.  My kids sit in it.  They see dams to build, rivers to cross, and worms to play with.

…it is a serious thing

just to be alive

on this fresh morning

in the broken world.

do not walk by

to attend to this

It could mean something.

It could mean everything.

It could be what Rilke meant, when he wrote:

You must change your life.

The moment one gives close attention to anything, even a blade of grass, it becomes a mysterious, awesome, indescribably magnificent world in itself.

The minute atom has as many degrees of latitude and longitude as the mighty Jupiter.

In the presence of eternity, the mountains are as transient as the clouds.

As far as the moon is concerned, he is always full.

But such a tiny and trivial thing as an umbrella can deprive you of the sight of such a stupendous fact as the sun.

A penny will hide the biggest star in the universe if you hold it close enough to your eye.

A child on a farm sees a plane fly overhead and dreams of a faraway place.  A traveler on the plane sees the farmhouse below and dreams of home.

What was most significant about the lunar voyage was not that men set foot on the moon but that they set eye on the earth.

To see the world in a grain of sand,

And a heaven in a wildflower

Hold infinity in the palm of your hand

And eternity in an hour.

If you see a whole thing – it seems that it’s always beautiful.  Planets, lives…But up close a world’s all dirt and rocks.  And day to day, life’s a hard job, you get tired, you lose the pattern.

It is easier to be the hero of the moment than the hero of every drudging hour and every grinding day.

It isn’t the mountains that wear you out; it’s the grain of sand in your shoe.

A light supper, a good night’s sleep, and a fine morning have often made a hero of the same man who by indigestion, a restless night, and a rainy morning, would have proved a coward.

Every man regards his own life as the New Year’s Eve of time.

No man but feels more of a man in the world if he have a bit of ground that he can call his own.  However small it is on the surface, it is four thousand miles deep; and that is a very handsome property.

It all depends on how we look at things, and not on how things are in themselves.  The least of things with a meaning is worth more that the greatest of things without it.

There is nothing either good or bad but thinking makes it so.

The one true measure of the things that matter in life is that they can’t be insured against loss.

When you are sorrowful look again in your heart, and you shall see that in truth you are weeping for that which has been your delight.

One day it’s your turn, and all the stumbling words of consolation you ever said are said to you – and they don’t seem stumbling at all.

Every once in a while, turn life over to see what it looks like from the other side.

I’m right-handed, whereas the fellow in my mirror is left-handed.  I start shaving from the left; he starts from the right.  Differences only in perception, but religious wars have been fought over such

A hen is only an egg’s way of making another egg.