Giving Thanks – for Losses and Lessons

Giving Thanks – for Losses and Lessons 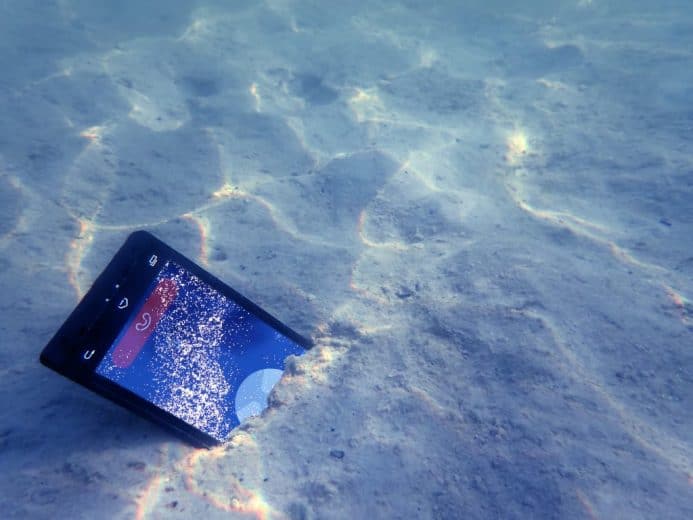 [Today is Thanksgiving Day in the United States. I have my own special reasons for being deeply, deeply thankful.]

When I arrived in the Bahamas two Thursdays ago to teach four workshops at the Sivananda Ashram Yoga Retreat Center, I arrived late, tired.  While stepping from the dock to the boat to go across the bay to the ashram, I mis-stepped.  Plunged right into the water between the dock and the boat.  I’m fine; my computer in my backpack did not survive the dunk. My first thought as I surfaced and grabbed the boat – I’m alive!  One second later – the computer is gone! Another second after that – thinking of the fires just 40 miles north of me last month, 100,000 people evacuated, 5,000 homes and businesses burned to the ground – put this in perspective, Linda – this is a computer and your data.  You’re alive; you get to deal.

It really did all happen that fast. By the time the Sivananda staff pulled me back in the boat and we headed to the ashram, we were laughing – it was so hot in the Bahamas I couldn’t wait to get into the water!  Sivananda is a spiritual community dedicated to service, peace, love.  A community of common humanity standing in for my community of friends back home that would be completely present and supportive if they knew.  Offers of computers and phones (my cell phone got dunked in the same backpack). But I consciously chose to unplug from all things digital for the four days I was at the ashram, and then pro-actively focus on my practices to muster my resilience and cope.

Though right away I was ticking off a lot of practical lessons for next time (wrap everything electronic in watertight plastic; store computer and cell phone in separate places (like parents of young children sometimes choose to fly on separate flights in case one plane crashes); put all the luggage in the boat before I get in the boat, etc., in those first few moments of adjusting to a new reality, I really chose to focus on self-compassion and gratitude rather than shame/blame.  I was alive; I was getting to deal.

Even just twenty minutes later, eating dinner in dry clothes on dry land with the staff who had pulled me out of the boat, it occurred to me: I think I’m might be being resilient here!  And claiming even deeper than that, all of this resilience training I’ve been teaching all these years really does work.  I’m not reacting in the ways I would have a few years ago.  I’m doing way better than I would have expected, and it’s because I’ve practiced – self-compassion, not shaming-blaming, gratitude, not catastrophizing. I ate my dinner with a little bit of growing awe – resilience can be strengthened; I’m living that right now.

There was a fair amount of anxiety about how I would manage the over-busyness of my life once I returned the following Tuesday.  Needing to finish two more chapters on my forthcoming Resilience Handbook, triaging and responding to 200 emails on an average day. How long would it take to order a new computer? Get it up and running? Did I really have all my files on my back-up drive safe at home?  Could my email contacts and internet passwords really be re-constructed?  I chose to make an elaborate step-by-step list of everything I could think of to do starting at 7:30am next Tuesday, and then “park” all of my worries there.  No more focus on what I couldn’t yet do anything about.  And I slept well that first night.

My next full three days at the ashram I took a spiritual bypass of teaching my four workshops – Resilience, Mindfulness and Self-Compassion, Brain Care as Self-Care, and Post-Traumatic Growth.  How synchronous.  I had wanted to somewhat unplug while at the ashram anyway. No one missed the powerpoint slides and the head swami pointed out at breakfast, “Life made this decision to unplug for you.”  I could very much deepen into experiences of just being and genuine well-being.

Because the weather forecast had been for pretty solid rain, I had brought several work projects with me in case I was indoors a lot. (It was delightfully sunny, but I was prepared.) And I took a work bypass, too.  Giving my mind something to focus on other than computer dukkha.

When do I ever have time to read three books! The reading and writing – being creative – was remarkably grounding and comforting for me.  The teaching and connecting with so many earnest seekers of guidance on the path was very reassuring. Reading the newly released Gratitude Goulash: Poems and Stuff by my friend Doug von Koss was the best medicine possible.  Eventually the bruises emerged and I came down with a cold, but I also swam in the Caribbean and had wonderful conversations with the swamis at dinner about the vagus nerve and pranayama.

I arrived home late Monday evening.  Tuesday morning, 7:30am, I’m at North Bay Computers.  Such a blessing.  Not just their technical expertise, which is stellar, but a relationship built over at least ten years of them resolving my computer glitches.  Within three hours, the time I took to do laundry and retrieve the cats from the vet, they had loaded my email accounts and Word onto a loaner computer, confirmed that my book files were on my flash drive (also dunk in the Caribbean but wrapped in plastic) and uploaded them; confirmed that my back-up drive (safe at home) had the latest data and will be uploaded to the new computer.

I’ve learned, in a deeply visceral way, that resilience is learnable and recoverable, and I’m grateful for that learning. I’ve been able to post my posts, plow through emails, Zoom with a client and meet all the others in person, catch up to venue requests for this and that, re-connect with friends. And I did write one entire chapter of the Resilience Handbook on that loaner computer to make an interim deadline. I have landline phones at home and work and will get around to getting a new phone at some point.  But to re-enter, actually never to have left the flow of creativity and connection, is the deepest blessing.

More lessons will be learned, I’m sure, more posts to be written.  For now, I’m aware of:

Choice – choosing to choose how I was coping, and choosing to track, to shift when necessary; one of the foundations of resilience

Safety nets – cultivated over the years, showing up when I needed them, networks of people offering resources, expertise, genuine care and faith in my “keeping calm and carrying on.”

Work-arounds – nothing is perfect and nothing needs to be.  There’s a way to invent a new way to do what needs to be done.  (And didn’t we all do it differently just 20 years ago before the internet, personal computers, smart phones, etc.?]

Awe-gratitude-equanimity – my practice for many years now; holding all that happens, whatever happens, in that trajectory of practice.  Giving thanks – for the lessons in the losses, and the blessings that remain.