Have We Stopped Believing that People Can Change?

Have We Stopped Believing that People Can Change? 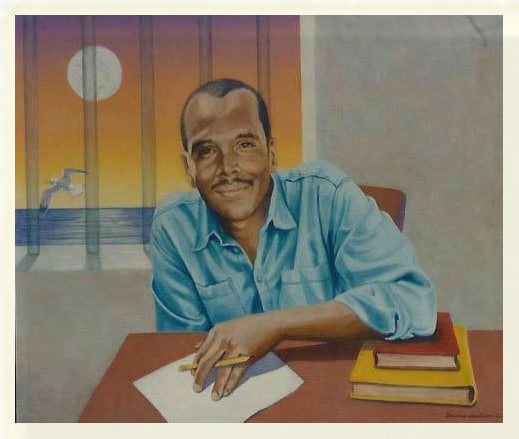 Rebecca Solnit’s article in last week’s NY Times, Why Did We Stop Believing that People Can Change?pushes the envelope on how, in times of divisiveness, hostility, and mistrust, the larger systems in our society can fail to see the truth and goodness of people’s changes of heart and mind.

Solnit focuses on the story of one individual, Jarvis Masters, to raise the larger question of how our society seems unequipped to recognize genuine transformation and redemption.

Masters has been locked in San Quentin state prison for 41 years, most of that time on death row, for a crime many people believe he did not commit. Early on, Masters was introduced to Buddhist meditation practice, became a devoted – even renowned – Tibetan Buddhist practitioner, a protégé of the revered Buddhist teacher Pema Chodron, the author of two books, and in the opinion of many who know him, a defuser of violence in the prison and a trustworthy ear to guards and inmates alike.

Solnit shares Masters’ story to question how much we believe in the fixity rather than the fluidity of human nature.

Are you who you used to be? Are you the person who made that mistake, held that view now regarded as reprehensible or ignorant, committed that harm years of decades ago? Most of us who came of age in the last century have change our worldviews around race, gender, sexuality and other key issues over the decades. The past decade in particular unfolded like an ad hoc seminar on these issues for those who chose to pay attention.

Haven’t we all experienced incremental changes solid enough to completely alter our beliefs and behaviors over time? We would never to or think now as we did then. Can we extend that recognition of transformation and redemption to others, from ourselves and through our courts?

What I come up against in all these cases is the need for inquiry and flexibility. Surely the first criterion for whether something is forgivable is whether it’s over, because the person has stopped  whatever harmful thing they were doing, renounced the principles that led to that harm, made reparations or amends, become a different person.

The second is whether there’s enough data to decide, and who should. The idea that it’s all up to the people directly harmed seems good on its face, but leads to the confusion between justice and revenge in the courtroom. Furthermore, those who are not affected must also decide how to respond to those who have done damage – whether to hire them or vote for them or befriends them or read their books or watch their movies or even just believe them.

But beyond the individual cases come the need for something broader: a recognition that people change, and that most of us have and will, and that much of that is because in this transformative era we are all being carried along on a river of change.