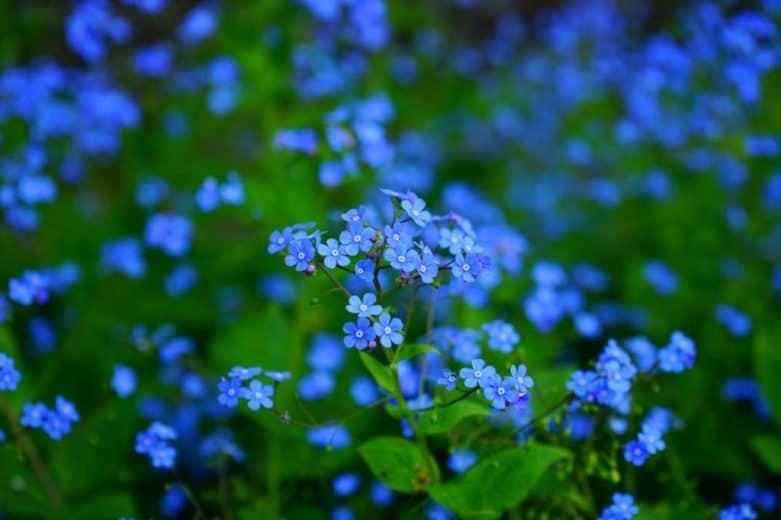 (A workshop participant, Catherine Coughlin, forwarded me this lovely story from Wayne Muller of emotional intelligence opening up an 11 year old boy’s mind. May you be inspired by the possibilities of teaching and learning in ways that keep the mind and heart open, and the human spirit resilient.)

David is a gifted middle school teacher. When I first met him, I inquired – as I do of every public school teacher, especially those who teach middle school students – what inspired him to teach? Particularly the notoriously insecure mobs of hormone-crazed pre-adolescents?

“Why,” I asked him, “do you subject yourself to this, day after day? Surely you must feel frustrated, trying just to get them to listen to you. How can you possibly keep their attention long enough to teach them, to get them to learn anything?”

David smiled. And told me a story.

When he was young, like many young boys, David was fond of throwing stones. One afternoon, he discovered that if he tossed stones over a particular neighbor’s fence, he could create a crashing sound, a loud, satisfying noise, much like breaking glass. Pleased with his discovery, David would heave a stone, and wait for the crash. Heave, crash. It was great fun. It even felt a little dangerous -after all, he could get caught, and probably punished.

But to an eleven year old boy, that was part of the excitement.

As it happened, one day he did get caught. The man who lived next door came over to his house and explained to David’s parents about the stones coming over the fence into his yard. “I would like David to visit my home, so I can show him a few things,” the man said. To David, the man’s tone sounded quite ominous. Still, his parents, ashamed of, and disappointed by, their son’s behavior, readily allowed the man to take David and show him around his house.

David followed, sheepishly, into his house, not knowing what to expect. They went through the living room, the kitchen, out the back door and into yard. There, next to the fence over which David was so fond of throwing rocks, was a greenhouse. The flying stones had shattered many panes of fragile, frosted glass. Once obviously beautiful and whole, the greenhouse now appeared wounded, deflated. As the man led him into the greenhouse, David began to imagine all manner of punishments., He was sure he was going straight to hell. The longer they stood there, the more David imagined that Hell might be his better option. It would feel like a reprieve from the Hell he felt inside. Trapped, with no escape.

What was the man going to do to him?

Slowly and carefully, stepping over scattered shards of broken glass, the neighbor led David down rows of plants that filled the greenhouse. He started talking to David about each plant, every flower, its name, whether it liked a lot of water or just a little. He slowly guided David through the various types of plants, flowers, shrubs, one by one. He talked about how fast this one grew, how big that one would get, when these over here would start to bloom. He seemed to have all the time in the world, as if his entire life had been devoted to teaching David about this magnificent garden.

His earlier terror gradually melted away. His neighbor patiently showed David every living thing in the greenhouse. He pointed out certain qualities, things he loved about each one. These, he said, are my gladiolas. They can get quite large, and they bloom in so many colors. These geraniums start small, but over time, their little blossoms grow and grow – until they explode in a shower of color. He allowed himself a chuckle, when he said that.

He walked a bit farther, eventually stopping in front of a large bed of the tiniest blue flowers.

He let out a barely audible sigh. David felt it, too. It somehow made him feel very safe beside this man. These, he explained, are violets. They were my wife’s favorite. When I see them, I remember her, and I miss her. I guess I can still see her in the deep blue flowers. Sometimes when I see them, and how she loved them, I feel her close. She still seems to live in my eyes.

After a pause, the man turned and led David to a most beautiful place. Now, these orchids, they can be really difficult to grow. But my wife always knew exactly how to coax them to life. She was so patient. But oh, David, when they bloom, they unfold into the most exquisite shapes and colors and textures. You can’t believe, until you see with your own eyes how anything in the world can be so beautiful.

In about an hour, the man had showed David everything he loved about his flowers, and the greenhouse that helped him to grow them. Then, he took David’s hand, and shook it. He thanked David for coming, and told him he was welcome to come back any time he wanted.
And then, he let him go home.

David was shocked. There was no lecture, no yelling, no punishment. Nothing. As he walked home, David felt as if he had been granted a special glimpse of heaven. From Hell to Heaven. All because of a walk through some broken glass, a room full of flowers, and a few stories.

“It was at that moment,” David said, responding to my original question, “I knew I would grow up to be a teacher.”
“This man had done something – some would say it was a very small thing – he showed me what he loved. He could have screamed and ranted about the broken glass, about how irresponsible and selfish I was – all of which had been true. He could have punished me for being insensitive and destructive. But instead he took a few thoughtful minutes from his life to share with me the things he loved.

Fragrances and colors that meant so much to him, and how those flowers were a part of him, and his wife, whom he sorely missed.

“In a single hour, that man changed the course of my entire life.”

Teaching and learning are not different practices. They are complementary parts of a single practice.

Both boy and man learned something that day. And each taught something precious to the other.

The power of education – of teaching and learning, of giving and receiving, of helping and being helped – has nothing to do with the size of the gift. It has everything to do with the honesty, the fullness of presence we bring, with whatever gift we carry and offer at the common table.

We too often worry that the difference we make in the world will be too small, imperfect, unworthy, too insignificant to mean anything. At times we even withhold our own true gifts, fearful they are terribly inadequate.

But here’s the thing: Every gift matters.

Then, at any moment – the whole world can be re-made.
Again.

Wayne Muller is an executive leadership mentor, therapist, minister, community advocate, consultant, public speaker, and bestselling author. A graduate of Harvard Divinity School, he has spent forty years working with people whose gifts and challenges shape our organizations, our culture and our world. Learn more.

Shit Happens. Shift Happens, Too – Resilience in the Face of Disruption

Staying Sane when “Sheltering in Place” and Self-Sequestering

Radically Shifting from Anxiety to Strength and Calm

Coping with Disappointment to Avoid Disaster