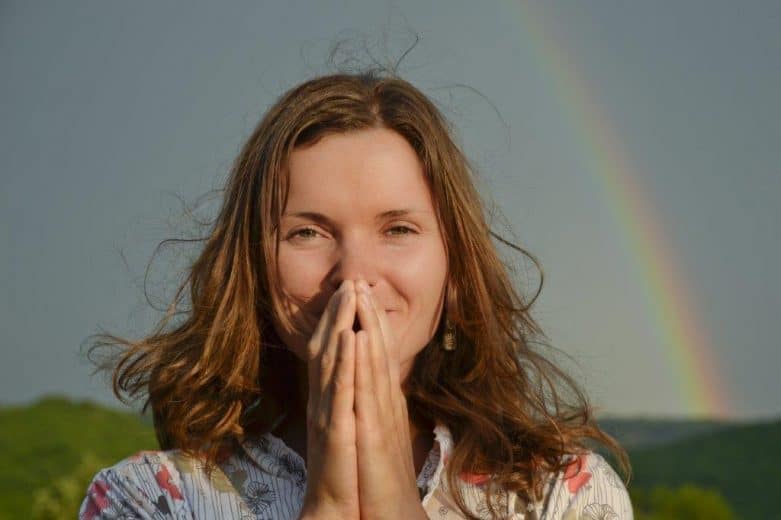 This article was published as part of the Wise Brain Bulletin, Volume 3.8. Download the complete issue as a PDF

The August 2009 issue of Ode magazine is devoted to Laughter: how laughter evolved and how it makes us human; the positive impacts of laughter on health and productivity; how laughter creates trust, social bonds, and intimacy; how laughter helps people cope with stress, loss, trauma, oppression.

I was so touched and thrilled by the information on this subject that I wanted to summarize and share it with you. Laughter is a great example of the mind-body connection: notably, how powerfully the physicality of laughter affects our hearts and minds.

Research studies are pouring in from around the world (see the 8/09 issue of Ode for details).  Some highights:

Laughter triggers catecholamines in the brain that heighten alertness.  Laughter releases endorphins, the body’s natural pain killer.  Laughter cleanses the body of the stress hormone cortisol, lowering blood pressure, reducing stress and increasing pain tolerance.  Laughter’s alternating contraction-relaxation of the diaphragm releases tension in the body, bringing our autonomic nervous system into balance.  (The physiological effects of a good session of laughter can last up to 45 minutes.)

Laughter increases the flow of blood and oxygen through our coronary arteries, reducing the risk of heart disease and stroke.  Laughter staves off the anxiety and depression that can severely impact heart functioning.  Laughter mitigates the damaging effects of inflammation, reducing the pain of arthritis. Laughter strengthens the immune system, helping the body fight off viruses and cancer.  Laughter helps stabilize blood sugar levels in diabetics.  Laughter improves respiratory functioning in patients with chronic lung disease.  Laughter even burns calories.

“In the human condition, you cannot experience distress and emotional uplift at the same time,” says Steven Sultanoff, professor of psychology at Pepperdine University and authority on therapeutic uses of humor.  “When you’re experiencing mirth, you’re not experiencing depression, anxiety or anger.  If you increase your humor quotient, it will change your life.”

Laughter’s ability to counteract the body’s physiological responses to stress provides great benefit in the work place, where stress is the number one cause of worker’s compensation claims.  Many different research studies show: workers who laugh regularly, long and hard, focus better, think more creatively, and problem solve better than co-workers who do not.  People who laugh tend to be more efficient, more productive, and make fewer mistakes than their stressed out co-workers.  Because laughter reduces the damaging effects of stress on the immune system, people who laugh a lot are less vulnerable to illness and take fewer sick days from work.

John Morreall, professor of religious studies at the College of William and Mary tells the story in this Laughter issue of a police officer who responded to a domestic violence call after having completed a course of humor training.  As the officer walked to the front door, she heard the sound of an argument inside.  Suddenly, a television crashed through the window, landing in the yard.  She knocked on the door.  “Who is it?” yelled an angry voice.  “TV repair,” the officer replied.  Her quick wit caught the quarreling husband and wife off guard, touched them with some amusement and irony, and made handling a tense situation easier.

Dacher Keltner, professor of psychology at UC Berkeley, tracked a group of recent widows and widowers, looking for the markers of coping resiliently with devastating loss and grief.  He found that the survivors who could smile and laugh as they remembered their loved ones experienced less anxiety and depression at six months after their loss, at 12 months, at 24 months.  According to Dr. Keltner, the laughter seemed to give people a brief vacation from mourning, “a little trap door that allows you to escape from toxic stress.”

“To laugh in a painful or distressing situation isn’t to avoid emotional reckoning but to gain the perspective needed to make the experience productive, to see the dilemma as part of the somewhat absurd human drama, and to seek fellowship in the society of the living.”  – Blaine Greteman.

The word “wit” has the same etymological root as the word “knowledge”: Old English witan – to know.  The first definition of wit in the modern dictionary is intelligence.  At every age, brain development and learning happen through play and fun. Children learn so quickly because they engage with the world through curiosity and play. Children at age 5 giggle and laugh between 20 and 100 times a day.  Without enough amusement, fun, play, and laughter, this learning is stifled.

Laughter is ancient, pre-dating the development of language.  Our hominid ancestors began to laugh about 2-4 million years ago, after we learned to walk on two legs but before we evolved speech.  Walking on two legs took pressure off the thorax; humans could now walk and breathe in separate physiological rhythms.  This enhanced vocal control re-structured our nervous systems, increasing brain volume in the areas that coordinate breathing, vocalization, and cognitive comprehension, thus laying the foundation for the evolution of speech.

Dacher Keltner, in his book Born to Be Good: The Science of a Meaningful Life,  calls laughter as “significant a shift in our social organize as the evolution of tool making and the evolution of opposable thumbs.”

The essential ingredient for laughter is other people.  Laughter seems to be primarily a social lubricant, not a response to “funny” situations.  We are 30 times more likely to laugh in group situations than in solitary ones.  We laugh most often when we’re nervous or in an awkward situation, when we’re talking to people more powerful than we are. Women consistently laugh more than men (signaling submission to the more powerful? Needing to influence of moods of those around them?) Laughter eases tension, deflects bullying, sarcasm, conflict.  The absence of laughter predicts divorce far more consistently than the presence of outright animosity, according to psychologist John Gottmann.

Laughter is contagious, sometimes uncontrollably so.  Mirror neurons fire when we see someone else laughing; our body responds with an impulse to laugh, too.  Laughter facilitates group cohesion and solidarity because people are sharing a mental and acoustic space with each other.  Our laughter builds a reciprocal resonance; we laugh together with another like a duet or chorus, especially with friends.  Laughter signals a shared understanding of the world; it’s foundational to like-mindedness, interdependency, and intimacy.

Laughter as a Survival Tactic for People under Siege

Ron Jenkins, professor of theater at Weslyan University, shared his personal experiences in South Africa, Eastern Europe and Southeast Asia in this issue of Ode, documenting how laughter can be a powerful tool to confront, ridicule, and criticize oppressive regimes.  “Humor is one of the animating forces that keeps the spirit alive when things look bleak.  Humor helped provide the unstoppable energy of the movement against apartheid, as it typically does for any struggle for justice.”

You can order the August 2009 Laughter issue of Ode magazine, if it’s sold out at your local newsstand/bookstore, at www.odemagazine.com.  The website has links to the editors’ favorite laughter videos.  Ode for Intelligent Optimists is a gem of a monthly magazine – politically-socially-environmentally-culturally-spiritually correct. When you subscribe, they plant a tree.

This article was revised from the August 2009 newsletter Healing and Awakening into Aliveness and Wholeness, archived on www.lindagraham-mft.com.  Linda Graham, MFT, is a psychotherapist in full-time private practice in San Francisco and Corte Madera, offering consultation and trainings on the integration of relational psychology, mindfulness and neuroscience.

8 Ways to Care for Your Amazing Brain

Self-Compassion Practices to Deepen Your Resilience