Learning to Work with the Brain to Become More Resilient

Learning to Work with the Brain to Become More Resilient 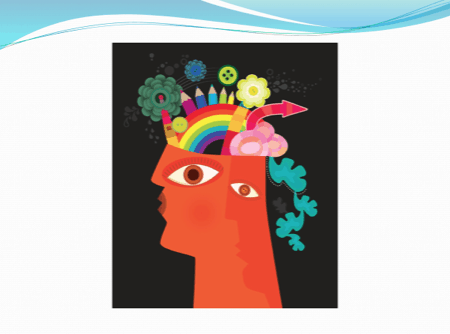 Whatever hopes and plans we have for 2018, we turn our intentions toward learning the skills we need to manifest them and strengthening the resilience we need to cope when we don’t.

And all of that learning and cultivating necessitates becoming very proficient at using the neuroplasticity innate in the brain to create new patterns of navigating the world successfully and rewiring old patterns that just plain get in the way.

So here’s a very basic review of how the brain creates and rewires those patterns and installs them in our procedural memory as new go-to-habits, conscious processing not even required.  And an exercise to help you practice.

Neuroplasticity in the adult human brain was accepted as scientific truth only about 30 years ago with the development of the modern brain scanning technology that allowed neuroscientists to see neuroplasticity happen in real life – in real brains in real time. The brain strengthening connections among new neurons and forming new neural pathways in an already fully mature brain. Neuroplasticity is the engine of all brain change, all learning.  Fundamental to that learning is the fact that the brain learns from experiences, always. And only.

Picture rain falling down a hillside.  At first, the rain can run down the hillside any way that it wants, but eventually the rain carves particular grooves and ruts, then bigger gullies into the hillside. And then the rain can only fall down the hillside in those grooves and gullies.  In the same way, our brain develops pathways and patterns of response so that, without intervention, we automatically respond to a stressor in ways that we have responded before.  Conditioning is what has encoded all of our previous habits of coping.

The brain does this learning all the time on its own when we’re not directing it to do something else. When we’re not guiding the installing of new patterns of coping in the brain, or rewiring old patterns, the brain continues to do its own learning and automatically encodes responses to experience in its neural circuitry. We don’t have to teach the brain how to learn.

The important news, however, is that we can guide that learning of the brain when we wish to rewire what it has already learned. We can intentionally create new habits of response to these automatic reactions, and rewire the old habits or rules learned from our family of origin or our culture of origin that are no longer serving us, such as withdrawing in passive anger rather than telling someone directly we need them to be kinder, or dismissing someone and their potential because they don’t fit our preconceptions of “good” or “capable.”

Any time we want to lay down new wiring or rewire old previously conditioned patterns of coping, we can use one of three processes of brain change.

1. New Conditioning is my term for the process of simply deliberately, intentionally, choosing to engage in a new activity or experience that will shift the functioning of the brain, and the habits of the brain, in a particular direction.  Any time you begin a gratitude practice, or deepen your listening skills, or strengthen the focus of your attention, or cultivate more self-compassion or self-acceptance, you are using the repetition of those experiences to create new learning, new circuitry, new habits of response to life events, even potentially or previously traumatizing ones.  You are creating new wiring in the brain, new memories, new ways of being that can become quite stable, even habitual.

New conditioning does not undo old conditioning.  When you’re stressed or tired, your brain will default to the old pattern.  It’s easier, more efficient for the brain to do what it already knows how to do.  But with enough repetition, you can create a choice point in the brain, and with the next process, re-conditioning, you actually can rewire the old circuits.

2. Re-conditioning: The technical name for re-conditioning is memory deconsolidation-reconsolidation.  New scanning technology has allowed neuroscientists to see this process operate in the brain only in the last seven to ten years, but it has been the basis of all trauma therapy for decades.

You begin the process of re-conditioning by deliberately, carefully, skillfully, bringing to your conscious awareness a memory of a previous upset, a previous derailing of your resilience and your reactions to that upset and how you think and feel about yourself now because of that derailing.  By focusing on this upset, you turn on or “light up” the entire neural network that holds the memory of that upset or derailing – visual images, body sensations, emotions, where you feel those emotions in your body, thoughts you had about yourself at the time or thoughts you have about yourself now. This lighting up or activating of the neural network is key to the process of changing it.

For instance, if a memory of a time that you failed to show up for an important meeting and then lied to people about why you didn’t make the meeting still gnaws at you, and makes you hesitate to attend any more of those meetings because you’re afraid of what people will think of you, and that is getting in the way of moving forward in your company, you “light up” every detail that you can remember of that event, including how that makes you feel-think about yourself now.

When undertaking this re-conditioning process, and it is something you can learn to do, it’s very, very important not to become overwhelmed, re-triggered or re-traumatized by the old memory.  For this reason, it’s important to work with only a small part of the memory at a time, so that your brain feels safe enough to do the learning and rewiring.

Once the negative memory is “lit up” and available for rewiring, you deliberately juxtapose in your awareness a stronger, more positive, more resilience-based event or even an imagined event; holding both the original negative and the new positive in your awareness at the same time.  This ability to hold awareness of both states simultaneously takes practice. You can also recondition an old memory by toggling back and forth between the two memories.  The juxtaposition causes the original neural network to fall apart (deconsolidate) and rewire again (reconsolidate) a fraction of a second later. That’s what the neuroscientists can now see in their scanners. When the new positive memory or experience is stronger than the previous negative, it will “trump” and rewire the negative.

For example, you can rewire the memory of failing to show up for a meeting and then lying about your reason for doing so by imagining a different ending to that scenario, even if that didn’t happen or couldn’t have happened in real life.  You can imagine that you met with two key people from that meeting a few days later, explained to them why you didn’t come to the meeting, even if your reasons were pretty lame, apologized for your lapse in good judgment, apologized even more for your less than skillful coping by lying, offered several ways to make amends, imagined these two people being understanding and forgiving (even if that could never happened in real life), and then imagine yourself showing up for the next meeting.

This mechanism doesn’t change what originally happened—it can’t—but it does change your relationship to what happened.  It doesn’t re-write history, but it does rewire the brain. You don’t forget the old memory, but it simply doesn’t have the same charge or power to throw you off track.

When you’re not guiding the attention of the brain’s processing, the de-focused attention of the default network allows the brain to “play” on its own, creating its own associations and links, the brain just meandering where it wants to, connecting the dots in new ways. This is the mode of processing you use for your imagination and intuition. This is what’s happening when you say you are lost in reverie or have a sudden insight or aha!

De-conditioning – using your imagination in guided visualizations and guided meditations – opens the brain into what Dr. Dan Siegel at the Mindsight Institute at UCLA calls “the plane of open possibilities.”  You can use that mode of processing in the brain and harness the new insights generated from that meandering and playing of the brain to create new behaviors.

Here’s an exercise to help you practice all three processes of brain change.

1.  Find a time and a place where you can relax in a reverie for 10-15 minutes.  Sitting with a cup of coffee or tea when the house or office is temporarily quiet and the day’s tasks can be set aside for a few moments, walking through a forest or park or garden, hanging out at the beach or in a favorite café.  Let you mind settle, open…and drift.

2.  Then consciously choose to focus on something positive in the moment – relishing the quiet or the taste of the coffee/tea, the natural beauty of trees or flowers, the squish of sand between your toes, or the pleasant buzz of common humanity in the café.  Evoke a sense of gratitude for that particular experience in that particular moment, then evoke another moment of gratitude for even noticing the experience and feeling the gratitude.  Strengthen that positive pattern of opening to life and cultivating gratitude as a resource.

3.  Then when a worry or concern blips the radar screen, as they almost inevitably do, notice, be aware, allow the concern to be in your awareness, and temporarily juxtapose the gratitude for the positive experience with that new negative experience.  The positive may not immediately antidote the worry, but you are training your brain to meet emerging negatives with a positive that can keep you steady, calm, clear, more able to deal.

And…as you go through the coming days, notice which process of brain change you might be using ay any given moment.  Even the noticing is strengthening the positive habit of awareness.