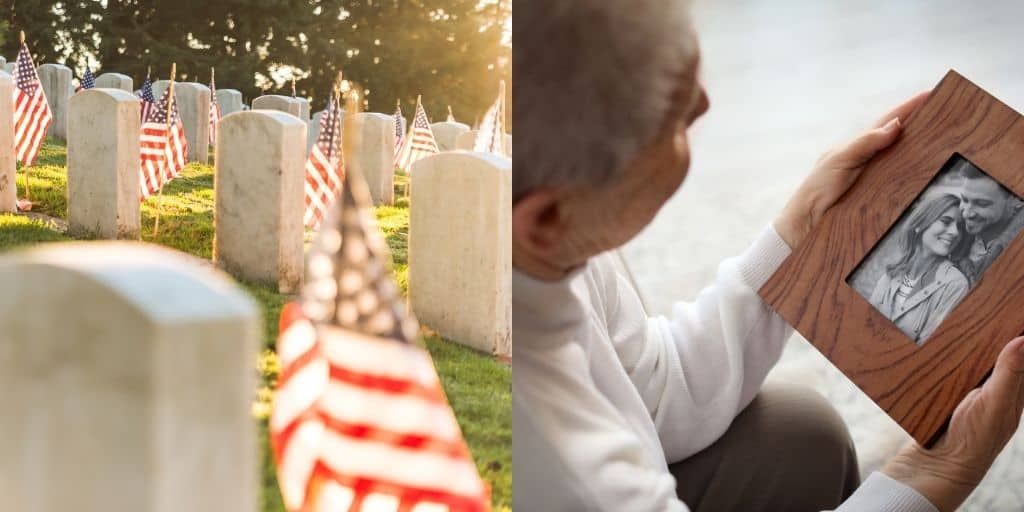 I’m of mixed mind and heart about Memorial Day.  It certainly seems morally correct to honor the young men and women who died, brave or not, willing or not, doing their duty to protect their country or dying for what their country thought was worth protecting.  Memorial Day is not just a holiday weekend that marks the beginning of summer vacation, though it has become only that for many families.

There’s deep grief over the loss of anyone one human being, in war, in peace. The deaths from the two-year COVID pandemic have just passed the 1 million mark in the U.S. (6.3 million worldwide) And the grief of families for the deaths of their loved ones, not for a noble cause but from the medical challenges of fighting a new and virulent virus, deserves as much honoring as the death from any war.

I am also still on a silent meditation retreat at Spirit Rock as this post arrives (pre-scheduled) in your inbox. I pass along to you some of the wisdom others have shared in contemplating the meaning of war, the meaning or meaningless of dying in war.  May we honor the lives of all human beings, and honor their absence in our lives now.

Every gun that is made, every warship launched, every rocket fired signifies in the final sense, a theft from those who hunger and are not fed, those who are cold and are not clothed. This world in arms is not spending money alone. It is spending the sweat of its laborers, the genius of its scientists, the hopes of its children. – Dwight D. Eisenhower

One is left with the horrible feeling now that war settles nothing; that to win a war is as disastrous as to lose one. – Agatha Christie

The direct use of force is such a poor solution to any problem, it is generally employed only by small children and large nations. – David Friedman

We tend to think the problem is human beings have this natural tendency to kill, and yet in the middle of World War II, “good war,” as it were, the US army was astonished to learn that at least three out of every four riflemen who were trained to kill and commanded to kill, could not bring themselves to pull the trigger when they could see the person they were ordered to kill. And that inner resistance to violence is a well kept secret. – William Ury

If we could read the secret history of our enemies, we should find in each man’s life sorrow and suffering enough to disarm all hostility. – Henry Wadsworth Longfellow

If we have no peace, it is because we have forgotten that we belong to each other. – Mother Teresa

Sometime they’ll give a war and nobody will come.” – Carl Sandburg

The Paradox of Fourth of July

To Bless the Space Between Us

The Resilience and Well-Being of Ordinariness