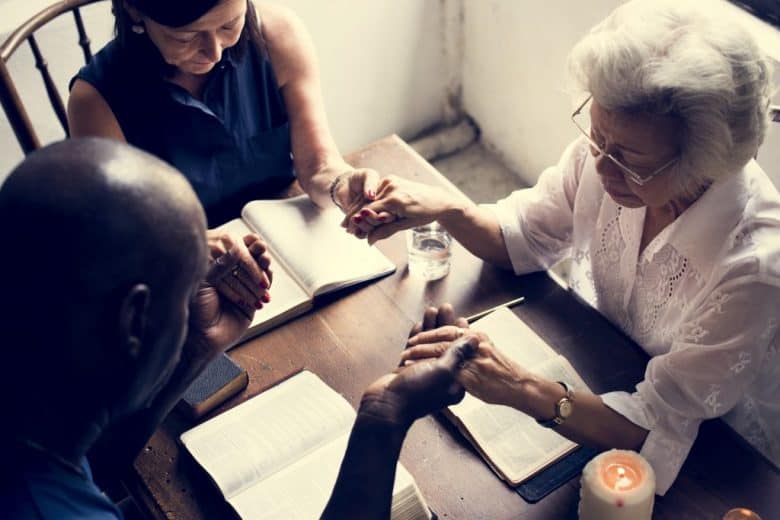 When I taught about resilience in Freiburg, Germany four weeks ago, one of the participants asked about tools for dealing with the collective trauma people still carried from World War II. I shared stories about forgiveness and reconciliation rituals and gatherings that have been held throughout Europe in recent years. And led the group in Jack Kornfield’s forgiveness practice (below) the most powerful practice I know.

Then one of the participants shared that her grandparents had survived Auschwitz and moved to Palestine after the war; she was born and raised in Israel. Her German-born husband’s grandfather had been an SS officer.  When they married, they intentionally chose to have their son as a symbol of their forgiveness for all the past losses, hatreds, confusion, fear.

The room went silent. People reflecting on their own struggles with forgiveness, especially around the collective trauma of war. (I had lunch with participants whose family homes were bombed to bits by American bombers in that war.  As the British author, Agatha Christie said about that war, “One is left with the horrible feeling now that war settles nothing; that to win a war is as disastrous as to lose one.”)

The collective trauma continues. We now have as many refugees flooding into Europe from the religious/ethnic/political conflicts in the Middle East as the world had in the aftermath of World War II, many of those refugees seeking and finding asylum in Germany.

Most of us experience injury, injustice, disappointment, or betrayal at some point in our lives. Staying caught in those experiences can block the development of our resilience and relational intelligence. Continuing to feel judgment, blame, resentment, bitterness, and hostility toward those who have caused us harm can bring us pain and suffering ourselves.

Practicing forgiveness allows us to bring the brain out of the contracted states of anger, resentment, grudge, hostility, shutdown, and withdrawal and back to a state where it can take a broader perspective and recognize shared humanity. This openness is essential to our resilience. It also benefits us to practice forgiveness toward ourselves for harm we have caused others or ourselves. We want to rewire the behaviors of complaining, criticism, disgruntlement, and contentiousness we can so easily get stuck in and replace them with the understanding, compassion, grieving, and forgiveness that can move us into resilient coping and relational intelligence.

Forgiveness does not mean condoning, pardoning, forgetting, false reconciliation, appeasement, or sentimentality. It is a practice, daily and lifelong, of cultivating the inner secure base that allows us to see our pain as part of the universal pain of all human beings, to reset our moral compass, and to remain compassionate even in the face of injustice, betrayal, and harm.

We may even need to practice forgiveness of life itself, for the fact that we’ve been dealt the hand we’ve been dealt by life. Forgiveness practice is not the only skill needed for healing from hurt and betrayal, but it is an important one. The exercise in forgiveness below can help you to recover your trust in yourself and in the process of relating to others.

Jack Kornfield’s meditation on forgiveness begins where we can, with ourselves, coming to terms with the losses and harms in our own lives, that we have received, that we have inflicted.  May you find healing in the practice over time, as always, “little and often.”

Let yourself sit comfortably, allowing your eyes to close. Breathe naturally and easily. Let your body and mind relax. Breathe gently into the area of your heart, letting yourself feel all the barriers you have erected and the emotions you have carried because you have not forgiven yourself or others. Let yourself feel the pain of keeping your heart closed.

2. Breathing softly, moving through each of the following possibilities for forgiveness. Begin reciting the suggested words, letting the healing images and feelings that come up grow deeper as you repeat the phrases of forgiveness.

3. Seek forgiveness from others with the following words: There are many ways that I have hurt and harmed others, have betrayed or abandoned them, caused them suffering, knowingly or unknowingly, out of my pain, fear, anger, and confusion.

4. Let yourself remember and visualize the ways you have hurt others. See the pain you have caused out of your own fear and confusion. Feel your own sorrow and regret. Sense that finally you can release this burden and ask for forgiveness. Take as much time as you need to picture each memory that still burdens your heart. And then as each person comes to mind, gently say: I ask for your forgiveness, I ask for your forgiveness.

5. Seek forgiveness for yourself with the following words: Just as I have caused suffering to others, there are many ways that I have hurt and harmed myself. I have betrayed or abandoned myself many times in thought, word, or deed, knowingly or unknowingly.

Feel your own precious body and life. Let yourself see the ways you have hurt or harmed yourself. Picture them, remember them. Feel the sorrow you have carried from this and sense that you can release these burdens. Extend forgiveness for each act of harm, one by one. Repeat to yourself: For the ways I have hurt myself through action or inaction, out of fear, pain, and confusion, I now extend a full and heartfelt forgiveness. I forgive myself, I forgive myself.

6. Find forgiveness for those who have hurt or harmed you with the following words: There are many ways I have been harmed by others, abused or abandoned, knowingly or unknowingly, in thought, word, or deed.

You have been betrayed. Let yourself picture and remember the many ways this is true. Feel the sorrow you have carried from this past. Now sense that you can release this burden of pain by gradually extending forgiveness as your heart is ready. Recite to yourself: I remember the many ways others have hurt, wounded, or harmed me, out of fear, pain, confusion, and anger. I have carried this pain in my heart long enough. To the extent that I am ready, I offer you forgiveness. To those who have caused me harm, I offer my forgiveness, I forgive you.

Gently repeat these three statements of forgiveness until you feel a release in your heart. For some great pains, you may not feel a release; instead, you may experience again the burden and the anguish or anger you have held. Touch this softly. Forgive yourself for not being ready to let go and move on. Forgiveness cannot be forced; it cannot be artificial. Simply continue the practice and let the words and the images work gradually in their own way. In time you can make the forgiveness meditation a regular part of your life, letting go of the past and opening your heart to each new moment with a wise, loving kindness.