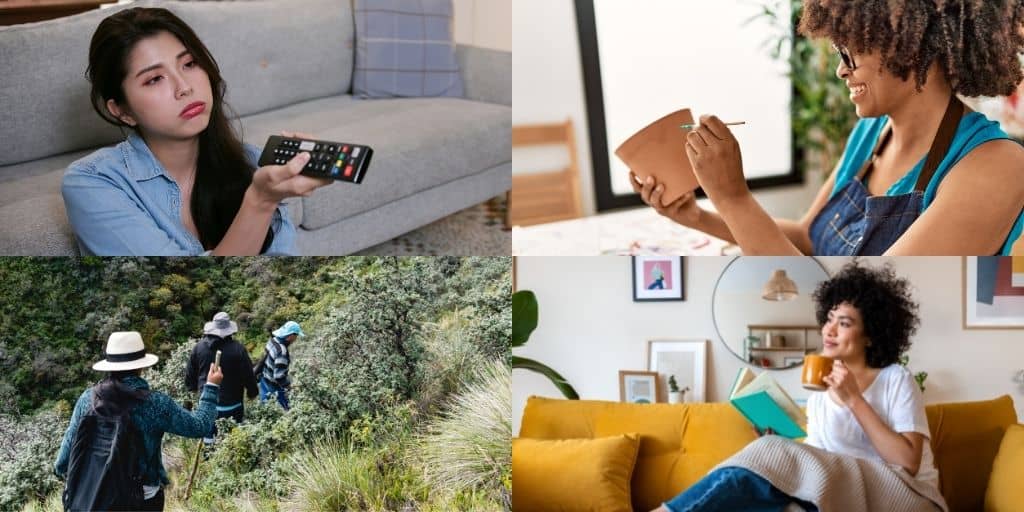 I’ve guided how I engage with life by this scale of 5 E’s: ennui, entertainment, education, exploration, enlightenment – for many years now.

Ennui:  the boredom, the could-care-less, the resignation that is really an anti-life force; we’re at risk of giving up

Entertainment: many, many powerful and positive resources available to engage our attention, our interest, our participation in life again. We’re at risk of being distracted, mollified, pacified.

Education: to become informed, to learn, to develop skills and wisdom

I’ve aimed for education and exploration, as much as possible, as the focus of my attention and effort. (With moments of enlightenment, from time to time)

An example: the naturalist guide on my Glacier Bay, Alaska trip recommended The Invention of Nature: Alexander von Humboldt’s New World, which I checked out from the library as soon as I returned home.

Humboldt was the 19th century scientist, explorer, polymath who “invented” the understanding we have today of Nature being one complex, integrated life system with many, many component eco-systems. He also foresaw the impacts of human agriculture and manufacturing on climate change. So the book is not just a biography of an astounding man; it’s the history of the development of an paradigm that has completely shaped our relationship to our natural world. Humboldt tremendously influenced the thinking of Goethe, Thoreau, and Charles Darwin. (Darwin slept with Humboldt’s books near his hammock on the HMS Beagle and consistently praised Humboldt for the development of his (r)evolutionary ideas on the origin of species.)

The author, Andrea Wulf, acknowledges that very few people today even know who Humboldt was. (I live on Humboldt Street, so I’ve had some passing awareness.) But in his heyday, the first half of the 19th century, Humboldt was considered the most well-known man in the world (after Napoleon). More geographical locations have been named after Humboldt than any other person in history. 80,000 people attended the 100th anniversary of his birth in Berlin, as well as thousands more all over the world. Etc. Etc.

Humboldt also had a tremendous influence on John Muir, the scientist-naturalist-explorer who so passionately fought for the preservation of wilderness in America. At the beginning of his life’s work, Muir stated, “How intensely I desire to be a Humboldt.” The end of his life’s work saw the creation of Yosemite National Park. In between, he had explored the glaciers of the Inland Passage of Alaska, which proved to him – and the world – that glaciers had carved Yosemite Valley. And so my kayaking in Alaska and learning about the complexity of the eco-systems there was completely anchored in the brilliant work of Alexander von Humboldt.

The other resource I took advantage of as soon as I returned home was watching the entire 5-part BBC/PBS series The Green Planet with David Attenborough. Entertaining, yes, astonishingly so. But far more than that. Education. Exploration. Even enlightening about the tremendous inter-connectedness of our natural world and the devastating threats of human-cause climate change.

There are so many resources for anyone to move up the scale of the 5 E’s to more wisdom, resilience, and well-being. It only takes discernment and wise choices. The rewards are reliably life-enhancing and life-changing.