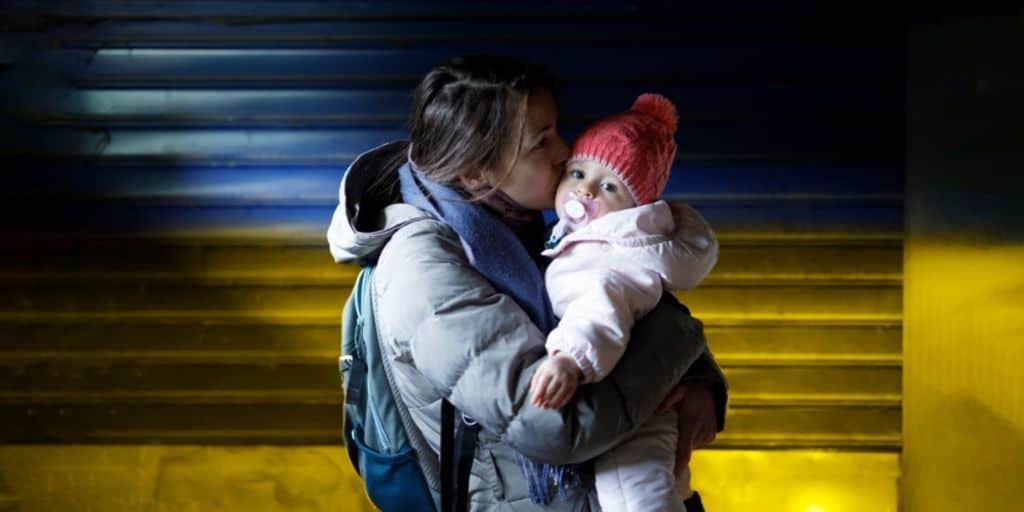 Russia launched its invasion of Ukraine one month ago today. We all have had to come to terms with the suffering and devastation wrought by Vladimir Putin’s madness. (“Thug” was the term used in the last week’s Guardian Weekly.) And we do that in a multitude of ways, offering housing for refugees, sending donations to humanitarian organizations for food, transportation, and medical care. And resourcing with reports from trustworthy news sources, social media messages of protest and support, and the power of the arts.

I originally posted the poem below, Home by Warsan Shires, as part of Poems That Stir the Heart and Shake Up the Soul in August 2020. The number of refugees leaving Ukraine as of this writing is now over 3 million; their plight as heart-wrenching as what Shires conveys in this poem

Warsan Shire was born in Kenya to Somali parents and fled with her family to London when she was one year old. She became a poet, writer, editor, and teacher. She was named the first Young Poet Laureate of London in 2013. Her latest book Bless the Daughter Raised by a Voice in Her Head, was published in March 2022.

your neighbors running faster than you
breath bloody in their throats
the boy you went to school with
who kissed you dizzy behind the old tin factory
is holding a gun bigger than his body
you only leave home
when home won’t let you stay.

no one leaves home unless home chases you
fire under feet
hot blood in your belly
it’s not something you ever thought of doing
until the blade burnt threats into
your neck
and even then you carried the anthem under
your breath
only tearing up your passport in an airport toilet
sobbing as each mouthful of paper
made it clear that you wouldn’t be going back.

you have to understand,
that no one puts their children in a boat
unless the water is safer than the land
no one burns their palms
under trains
beneath carriages
no one spends days and nights in the stomach of a truck
feeding on newspaper unless the miles travelled
means something more than journey.
no one crawls under fences
no one wants to be beaten
pitied

no one chooses refugee camps
or strip searches where your
body is left aching
or prison,
because prison is safer
than a city of fire
and one prison guard
in the night
is better than a truckload
of men who look like your father
no one could take it
no one could stomach it
no one skin would be tough enough

or the words are more tender
than fourteen men between
your legs
or the insults are easier
to swallow
than rubble
than bone
than your child body
in pieces.
i want to go home,
but home is the mouth of a shark