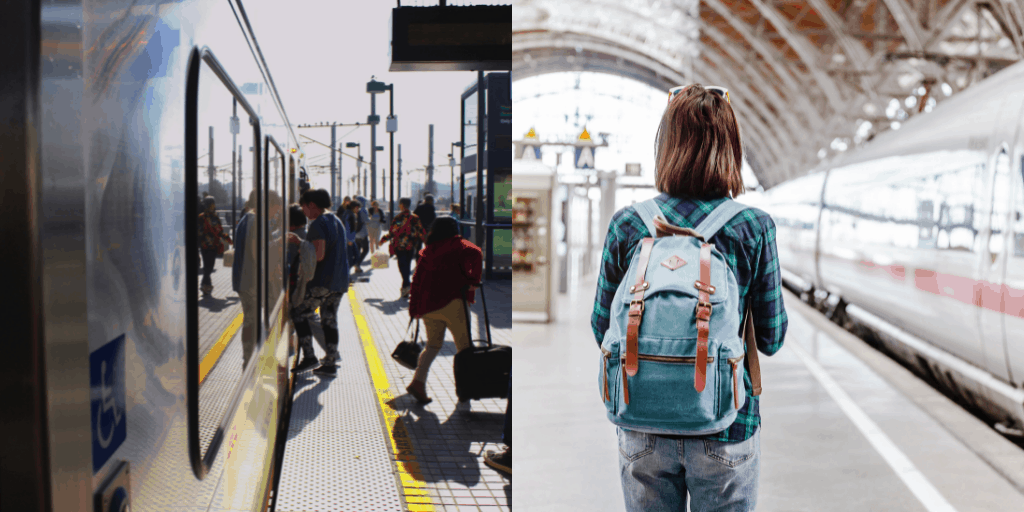 I shared this moment last week: driving through Golden Gate Park, a squirrel suddenly ran in front of my car. I braked; he swerved and ran back the other way. He lived, and I was so grateful. That moment of euphoria lasted not even a full five minutes. Driving on, I came upon another squirrel already dead in the road.  Life…and death; just that close.

That reminded me of the film Sliding Doors from 20 years ago. The story follows two storylines: one, the main character misses a subway train and the movie follows her life as it unfolds from there. In the second, she catches the train and a completely different, but sometimes overlapping, storyline unfolds from there. The two storylines interweaving, each set in motion by an event that happened, or didn’t happen, five seconds earlier.

I’ve paying close attention now to doors sliding open…or closing, so serendipitous, so mysterious.  I am grateful beyond measure for my recent health reprieve; and I hold in my heart every day the reality that a good friend got a seriously life-threatening diagnosis the same week. Doors open…doors close.

I’m keeping “door open…doors close” in mind as we all tentatively re-engage in “life after COVID”, though, of course, for many it’s not an assurance of a new life at all. There have been too many deaths, and there will continue to be. There have been too many jobs lost, businesses closed, careers stalled, educations de-railed, hopes dashed, stability and predictability unhinged.

I’m practicing an exercise I learned years ago with the author Diane Ackerman; it really was about sliding doors.

It was a delightful conversation in the five minutes we spent on the stairs. And I find imagining different unfoldings, different possibilities, different doors opening or closing, still a useful exercise of my imagination now.

Start with any possibility: you get to fly to see your daughter after 15 months of shutdown; imagine three different scenarios unfolding. You get called for an interview for the most exciting job possibility ever; imagine three different ways that could go, including a different better job possibility you had could never have thought of before.  Your doctor calls, asking you to come in for another x-ray, they just need to check on something.  Three-five-seven ways this might unfold.

This exercise is not about planning or problem solving. It’s about keeping the mind and heart open and flexible to the many exigencies, the many doors opening and closing every moment.  I do remember, when the pandemic shutdown happened so suddenly last year, Joan Halifax was able to convert an in-person training at her Upaya Zen Center in Santa Fe, New Mexico into a virtual training for 60 people in less than 24 hours.  Cultivating that kind of flexible mind and heart as we move forward into a new, still unpredictable world.