Resilience on the Move

Resilience on the Move 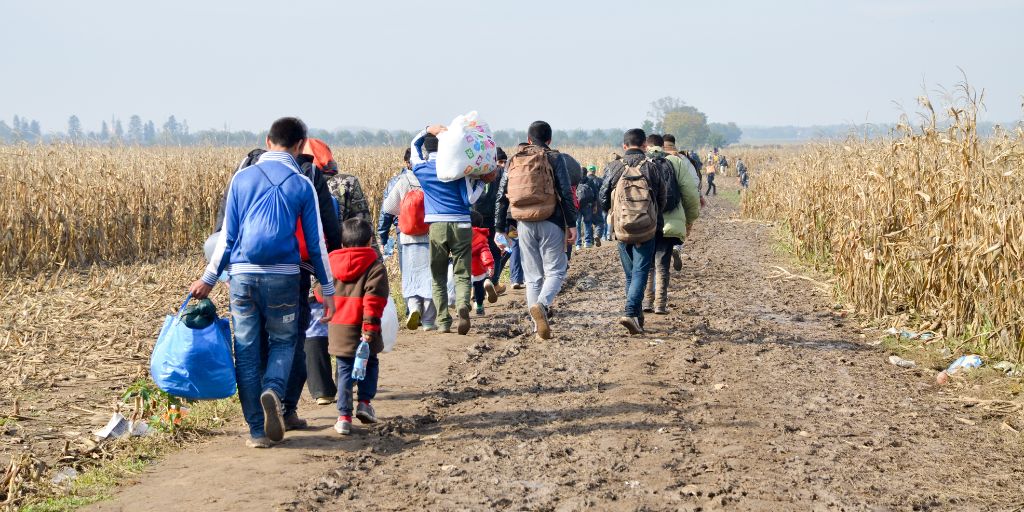 Between her bicycle handles

Until it left of its own accord

If you tear down the web I said

It will simply know

This isn’t a place to call home

And you’d get to go biking

She said that’s how others

The simplicity of this poem to represent the homelessness and innocent suffering of a currently estimated 70 million refugees/displaced persons/asylum seekers from around the world (the highest number since the end of World War II) really pulls on my heartstrings.

Whether Palestinian (as is the author of the poem, see below) Ukranian, Syrian, Somalian (see a much harder poem previously posted from Somalian refugee Warsan Shires No One Leaves Home Unless Home Is the Mouth of a Shark) whether fleeing from war or other belligerent conflict, from human rights abuses, from religious persecution, whether finding shelter in a camp or in a new adopting country, the pain and suffering is incalculable and so inhumane.

For the very human perspective on the resilience of the refugees themselves, I highly recommend Ai Weiwei’s film Human Flow, tracing the consequences of the 21st century’s rapidly growing global refugee crisis. Respectfully portraying the human and humane spirit of refugees/migrants from 20 different countries, the film celebrates the resilience of the refugees and calls for “shared responsibility” from the larger world. And that, truly, we are all in this one together.

Fady Joudah was born in Texas to Palestinian refugees. He grew up in Libya and Saudi Arabia before returning to the U.S. to study medicine. He has authored several volumes of poetry and is also an award-winning poetry translator. In addition to writing poetry, he serves as an emergency room physician in Houston, Texas, and volunteers for Doctors Without Borders.