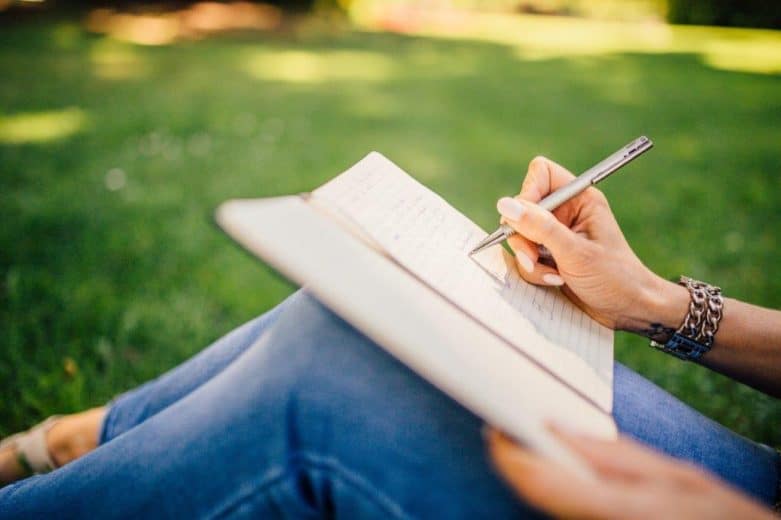 My article was first posted by the Greater Good Science Center at the University of California, Berkeley on August 20, 2014.

“I can’t do this right,” says my patient Carla. “I know I’m going to fail. I can never do anything right.”  The most innocent wish-to walk in the park, to meet a friend for lunch, to meditate- would trigger this relentlessly harsh inner voice, 24/7.

In our therapy sessions, Carla was ruminating-thinking the same negative worrisome thoughts over and over again.

Rumination usually doesn’t solve what we’re worried about and, in fact, leaves us more vulnerable to staying in a funk, even becoming depressed. Rumination makes our view of events, and our feelings about ourselves, worse.

What is the solution?

We focused on nurturing self-compassion, which means becoming mindfully aware of the pain one feels when experiencing moments of failure, recognizing that such shortcomings are common to all human beings, and then evoking a sense of kindness and care toward one’s self in those moments.

Carla (whose name I have changed) started with a five-day workshop on self-compassion-then continued support for her daily practice through diligent journaling. She would help shift her mood by journaling right in our sessions, writing a compassionate paragraph to herself, or jotting down notes about what was beginning to work for her.

A new study suggests that we were onto something. Natasha Odou and Jay Brinker at the Australian National University found that writing about a negative experience from a self-compassionate stance significantly improved mood by allowing people to process (rather than avoid) negative emotions.

In contrast, participants in the same study who wrote about a negative event in an emotionally expressive way showed a worsening of mood and depressive symptoms. While simply expressing one’s emotions is sometimes advocated as a healthy response to negative events, in this case it may have actually exacerbated ruminative tendencies.

Odou and Brinker attribute these positive impacts of self-compassion on mood, in part, to the fact that self-compassion is a tool of approaching rather than avoiding emotions, allowing participants to maintain an awareness, exploration, and understanding of them. Rumination, on the other hand, is a kind of emotional avoidance that prevents effective processing of emotions.

They also found that significant improvement in mood occurred after only 10 minutes of practice, meaning that people in therapy, or on their own, could use the exercise to improve their mood soon after a distressing event occurs. While staying aware of and open to their experience in the moment, they could also effectively avoid spinning into a ruminative, depressive downward spiral. They could acknowledge that they make mistakes but didn’t have to feel badly about something that is a common human experience.

Theirs isn’t the only study to come to this conclusion. In a similar study in 2010, Leah Shapira and Myriam Mongrain found that writing a self-compassionate letter once a day for seven days resulted in greater happiness and reduced depression symptom three and six months later.

Odou and Brinker acknowledged that further research needs to be done on the impact of self-compassion practice with people currently experiencing depression, because depression involves factors beyond negative mood that need to be taken into account.

But their findings are important because self-compassion practice and rumination both involve the default mode of processing in the brain, where the mind is free to meander or play, making new associations and links on its own. This study suggests that while the brain is in that mode of processing, a self-compassionate writing exercise allows participants to stay open to and accepting of experience-whereas, in that same mode of processing, writing in an unfiltered, emotionally expressive way leads to the kind of ruminative thinking that simply makes matters worse.

In our therapy sessions, Carla would often begin with a report full of disappointment and discouragement, but as we identified moments of her inner life going well: a delight in a genuine, heartfelt connection with her ailing mother; a moment when she caught herself about to fall down the same negative spiral, put her hand on her heart, and said these phrases to herself instead, “May I be safe. May I be kind to myself. May I have ease of mind and heart.” Through her own skillful coping, she experienced a true care and concern for herself that made her feel better.

One day, after three months of conscious and sincere effort, Carla came into her session with glee. She had experienced five days of success in a row, compassionately setting her inner ruminator to one side and focusing steadily on self-compassion, whether writing, talking to herself, or talking with a friend. “I can do this! I am doing this!” she told me. “I feel sure, happy, and proud.”

Think of an issue you have that tends to make you feel bad about yourself-a mistake, your appearance, etc.

Imagine a friend who is unconditionally wise, loving, and compassionate. Imagine that this friend can see all your strengths and weaknesses, including what you don’t like about yourself.

Write a letter to yourself from the perspective of this imaginary friend, focusing on your perceived inadequacy. What would this friend say to you from a compassionate perspective? How might her suggestions embody care, encouragement, and support?

Now wait. Put the letter down for a little while. Then come back to it and read it again, really letting the words sink in. Feel the compassion as it pours into you, soothing and comforting you.

If you prefer, you can also write a letter as if you were talking to a dearly loved friend who was struggling with the same concern that you are. What words of compassion and support would you offer? Then go back and read the letter, applying the words to yourself.

Read Linda Graham’s essay on how self-compassion can overcome procrastination.

Racism Is Terrible. Blackness Is Not