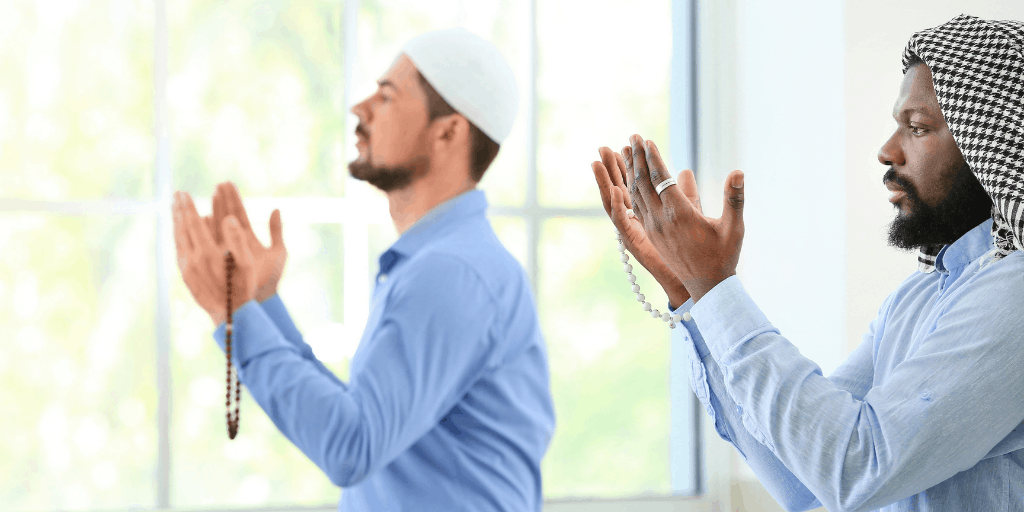 In one of my last webinars before I began this “sabbatical sort of”, I was teaching the power pose as I often do, a posture of tall, straight spine, arms raised overhead like the mountain pose in yoga or the Toyata feeling.  And, in fact, as I usually do, teaching it moving from a posture that embodies collapse or shame to that power pose posture that embodies energy, strength courage.

One of the participants shared his “Aha!” moment during the Q&A, remarkable to him and to me, too. As a Muslim, when he moves his body through prayer five times a day, the movements follow a similar sequence: prostrating on his prayer rug, head touching the ground, which could be experienced as a contraction before moving his torso upright, hands raised by his ears in praise of Allah, then his hands over his heart center in calm reverence. Doing the movements of the power pose in our webinar reminded him of those movements in prayer, coming into strength, coming into present-moment connection with the sacred.

As we head into the coming holiday season, we may even remember that this is a holy-day season traditionally celebrating the return of the dark to the light. Underneath the commercialism that sometimes hijacks the deeper meaning of the season, we can use simple movements – hand on the heart, hand on the shoulder of another, bowing in greeting or when signing off on Zoom – to remember the preciousness of being incarnated in a human body, sharing embodiment with our fellow human beings, finding the universal in the simple and the personal.

Emerging S-l-o-w-l-y from the Pandemic