Some Serious Science about the Giving of Gifts

Some Serious Science about the Giving of Gifts 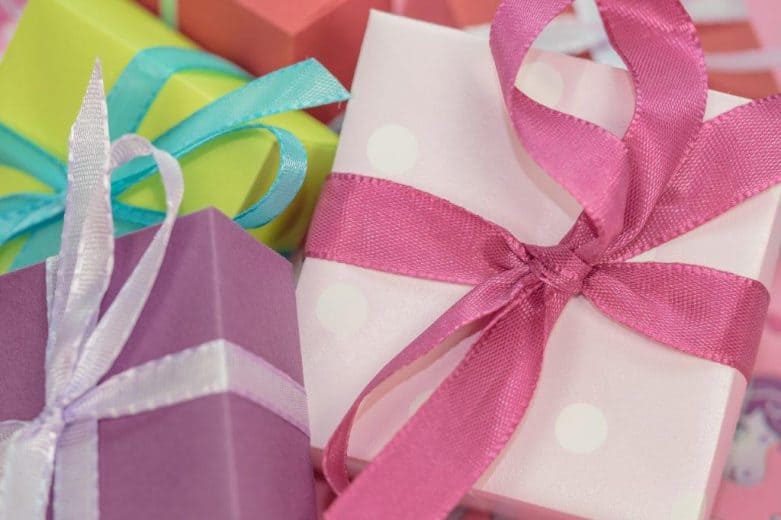 (My favorite reading these days, not bedtime reading but on a plane or in the dentists’ office, is Scientific American Mind. The current issue, for example, has articles on Why We Imagine, and Why Cops Lose Control, and Using Sound Rather than Scalpels for Brain Surgery, and What Really Causes Autism, and Viewing Brain Cells in Living Color – the Brainbow Connection, and why people tend to become happier as they get older, and that neuron transplants may one day resolve blindness. And much, much more.

One short article this month is research-based tips to become a better gift giver by Sunny Sea Gold. (Of course, you might consider gifting yourself or someone with a subscription to Scientific American Mind, but that’s my enthusiasm overflowing.)

May the guidance offered here be useful as we head into a very over-commercialized holiday season.)

One of the best gifts I ever received was from my long-distance friend Kelly. When my second daughter arrived and life was thrown into that special brand of chaos that only parents with a toddler plus a newborn can know, a huge box arrived at the door. It wasn’t a care package of cashmere onesies or a hand-knitted baby blanket. It was a Styrofoam cooler brimming with everything we needed for three or four meals’ worth of Portillo’s Chicago-style hot dogs: the tomatoes, the onions, the dill pickles, even the celery salt and the soft, seeded buns. For a ravenous breastfeeding mom and her sleep-deprived, Chicago-native husband, there was nothing we could have wanted more.

After looking into the research around gifting (and there’s plenty of it), the reasons that cooler was such a home run are clear. Want to become that good a giver? Follow these three evidence-based rules for giving good presents-just in time for the holidays!

#1 Simple and practical is good.

A 2009 study in the Journal of Experimental Social Psychology found that although givers tend to think a fancier, expensive gift will be appreciated more, receivers are actually happier with cheaper, more practical presents. In the experiment, friends gave one another a new pen (the pairs were students, for whom pens are always at a premium). The givers thought their friends would prefer a heavy, fancy, special-occasion pen, but the getters in fact preferred the cheaper, lighter, portable one.

“You think that things like price and the effort you put into a gift will matter, but the person you’re giving it to doesn’t see the work that went into it or the price tag-they just have the actual thing to focus on and how it will fit into their life,” says Nathan Novemsky, a professor of marketing at Yale University who has done quite a bit of research on gift giving himself.

In one of Novemsky’s recent studies, participants filled out a survey in which they imagined either giving or getting a gift certificate to a restaurant. Givers thought people would like a voucher for a five-star place a few towns over-but receivers preferred gift cards for a restaurant that was middle of the road but right around the corner. Both men and women tended to prefer the practical choice.

When Novemsky told me about some research he is doing now that suggests wrapping a present in a plain brown paper bag-or not at all-might be better than something gorgeous and beribboned, I thought, “No way! This is total holiday heresy.” (I spend a couple of hours in Target every December carefully choosing my new palette of Christmas wrapping paper and ribbons.)

But it made sense once he explained: pretty wrapping raises expectations for a gift and increases the risk of the receiver being disappointed if the present doesn’t live up to them. “It’s like giving someone a Sears gift card in a Tiffany box,” he says. So unless you’re sure the gift is going to kill-there’s a Tiffany ring in that Tiffany box-consider toning down the packaging.

#3 Ask what the person wants.

I used to think my husband’s family was super weird for giving one another gift lists at Christmas and on birthdays. Where’s the surprise? The effort? The proof that you know the person so well that you can divine exactly what he or she wants without asking? But there comes a point in your life when you just don’t want any more useless-though well-intentioned-junk.

So when John asked me what I might like for my birthday last year, I told him exactly what I wanted: a new Roku-a sleek, little box to stream Hulu, Netflix and Amazon Prime onto our television. He looked at me with crazy eyes. “Electronics? Isn’t that kind of … not romantic or heartfelt or something?” I shrugged, “I dunno, maybe”-but I wanted it. When he gave it to me as requested, I was beyond thrilled.

Research from Harvard and Stanford business schools published in 2011 found that gift receivers in general are much happier when they’re given exactly what they asked for rather than something “thoughtful” that wasn’t on their list.

This year, instead of filling John’s stocking with random stuff I think he’ll like, I’m going to ask him to cc me on his Christmas gift e-mail to his mom. And then I’ll get him exactly what he wants.

Tiny Glimmers of Joy and Love Build Resilience, Too

All We Hear Is Them-Us. Can’t We Find a Way to Put It Back Together?