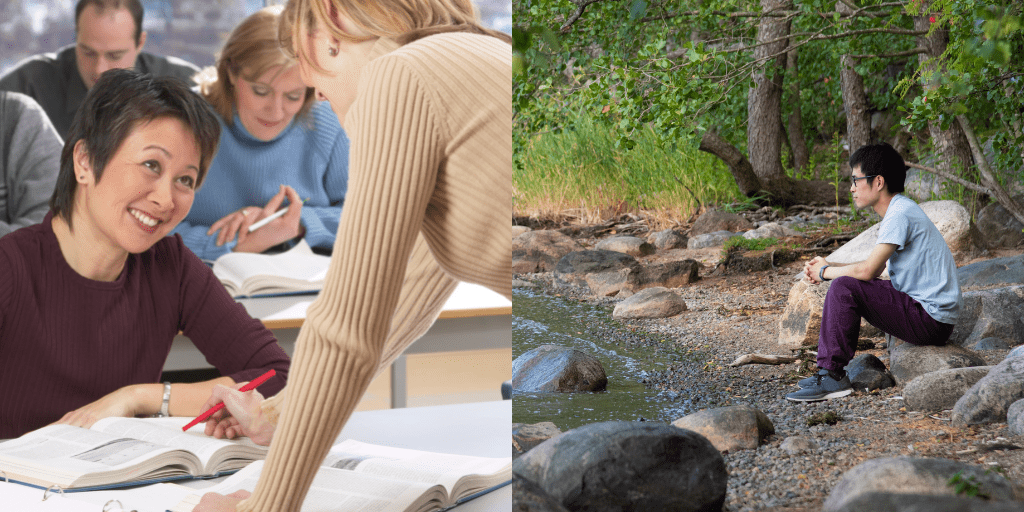 In The Awakened Brain: The New Science of Spirituality and Our Quest for an Inspired Life, Dr. Lisa Miller presents her 25 years of impeccable scientific research demonstrating that spirituality is a reliable and effective antidote to depression. Perhaps a no-brainer (no pun intended) for those of us who have experienced both, but an intriguing part of the story is Dr. Miller’s uphill battle to have these findings accepted in traditional (rigid?) approaches to psychotherapy.

[A brief summary of the findings here: The behavioral science research was based on analyzing longitudinal studies of subjects who met the criteria for major depressive disorder and self-identified as spirituality being of high personal importance to them (or not, for contrast). The research demonstrated that people who had a strong sense of spirituality by age 26 were 90% protected against any recurrence of major depression for the next ten years.

The neuroscience research focused on fMRI images of networks in the brain associated with depression ((occipital lobe, the parietal lobe, the precuneus) in subjects self-identified with either low or high spirituality. The images of the brain operating in real time showed dramatically superior neural health (strong activity and connectivity) in those regions among subjects with high levels of personal spirituality. I.e. their spirituality improved brain functioning enough to completely counter the tendencies toward depression.]

Reading The Awakened Brain over the Thanksgiving weekend was inspired by watching Dr. Miller’s presentation in the Activating Hope Summit in early November 2021 anchored in Jane Goodall’s new book, The Book of Hope: A Survival Guide for Trying Times. Dr. Miller, a professor of clinical psychology and neuroscience researcher at Columbia University, was part of the panel on one of the four pillars of hope – the amazing human intellect.

Dr. Miller frames the power of this intellect in terms of an achieving brain and an awakened brain. (States of brain functioning very similar to self and non-self in more traditional terms.) The achieving brain we know so well – planning, striving, achieving, being rewarded. And, of course, that’s an astonishing accomplishment of human evolution. The awakened brain antidotes the brain functioning that would lead us to and keep us mired in self-focus, rumination about self and self-worth, too often miring us in anxiety or depression.

The awakened brain opens our awareness to both the vastness (non-self) of existence and the interconnectedness of existence, self nestled in connection with the life force that sustains all of life, including us.

One piece of her fMRI research that intrigued me the most was the phenomenon that the neural correlates of spirituality can operate at a high-amplitude frequency of alpha waves, and when two or more people are in a resonant synchrony with one another – meditating together, working well together on a project, comforting one another when in pain – the entrainment of those alpha waves can lead them both to a stronger sense of interconnection and spiritual experience.

(I might attribute this resonance and spiritual experience of interconnectedness (as another panelist speaking to that pillar of hope in the summit, Dacher Keltner of the Greater Good Science Center at U.C. Berkeley certainly would) to the flow of oxytocin evoked when two people experience safe, trusting connection with each other and their brains begin firing synchronously at the same frequency.)

All of Dr. Miller’s research leads her to describing three pillars of an inspired life: awakened brain, awakened connection, and awakened heart. Throughout the book, Dr. Miller gives many, many examples of her own journey through the depression that accompanied her failure for many years to conceive a child ,and her practices of awakened brain, awakened connection, awakened heart, that effectively countered that.  Many, many examples of people experiencing truly distressing experiences and struggling with inheritable depression finding openings to an awakened, inspired life. And practical exercises to help the reader discover their own capacities for an awakened brain.

Here’s my own exercise from Bouncing Back that will also help you shift from achieving brain to awakened brain, from self to non-self, isna way that is very accessible, very safe.

2. When that awareness of your breathing is steady, begin to notice the breathing of any people around you, or people you imagine being around you. There’s no need to do anything; just notice or imagine other people breathing as you are breathing, and notice your awareness of that. Notice what you are aware of in your own being as you rest in this awareness.

On reflection after this exercise, you may realize that at some point your sense of self dropped away. You can come back to that sense of self in a heartbeat anytime you need to. But you did not need a sense of self to experience the vastness of awareness accessible in this awakened brain.

Can Self-Compassion Increase Resilience in the Face of Discrimination?

Ending the Flood of Negative Self-Talk

Resilience Re-Visited at Kripalu Center for Yoga and Health

Reasons to Be Cheerful in 2022