The Body: A Guide for Occupants

The Body: A Guide for Occupants 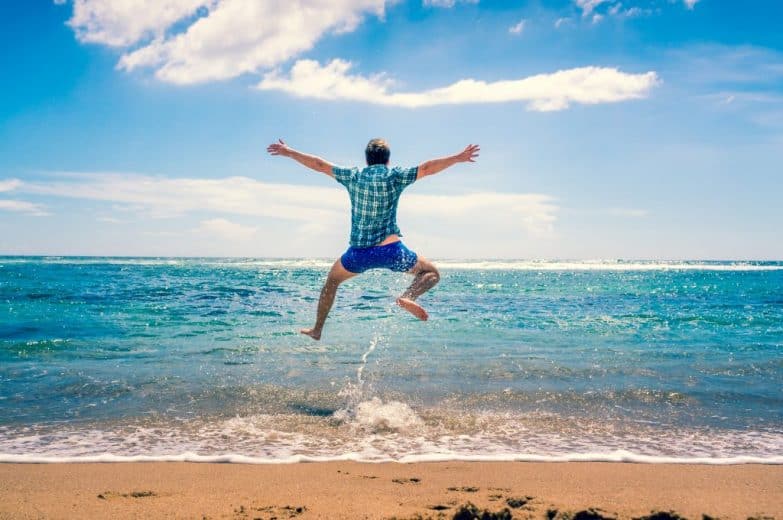 I have recommended The Body: A Guide for Occupants by Bill Bryson to so many friends and clients, I realize I really should-could recommend it to you, too.

Bill Bryson is an awesomely gifted writer; The Body is a head-to-toe tour of the marvel of the human body and three billion years of evolutionary tweaks, every paragraph full of readable facts, scientific history, priceless anecdotes, wisdom and wit.

We pass our existence within this warm wobble of flesh and yet take it almost entirely for granted.  How many times a day do you suppose you blink?  Five hundred? A thousand? You’ve no idea, of course. Well, you blink fourteen thousand times a day – so much that your eyes are shut for twenty-three minutes of every waking day.

In the second or so since you started this sentence, your body has made a million red blood cells, circulating through your entire body in less than a minute.  That’s a much bigger job than you realize. Unpacked, you are positively enormous. Your lungs, smoothed out, would cover a tennis court, and the airways within them would stretch nearly from coast to coast.  The length of all your blood vessels would take you two and a half times around the Earth. The most remarkable part of all is your DNA (or deoxyribonucleic acid). You have a meter of it paced into every cells, and so many cells that if you formed all the DNA in your body into a single strand, it would stretch ten billion miles, to beyond Pluto.  Think of it: there is enough of you to leave the solar system.  You are in the most literal sense cosmic.

Who knew? It’s the sense of awe and reverence for the body that has won me over. Another example:

Your heart beats 100,000 times a day, circulating blood through the entire body. 25% of that blood goes to the liver.  The liver is the most multifariously busy organ in the body, with functions so vital that if it shuts down, you will be dead within hours.  On the other hand, perhaps the most wondrous beauty of the liver is its capacity to regenerate. Even if you remove 2/3 of a liver, it will grow back to its original size in just a few weeks.

Swallowing is a trickier business than you might think and it is something we do quite a lot – about two thousand times a day, or cone every thirty second on average.  When you swallow, food doesn’t just drop into your stomach by means of gravity, but is pushed down by muscular contractions. Altogether, fifty muscles can be called into play just to get a piece of food from your lips to your stomach, and they must snap to attention in exactly the right order to ensure that whatever you dispatch into the alimentary system doesn’t go down the wrong way and end up lodged in an airway.

Human beings evolved to stand upright, our longer and straighter necks gave us greater aptitude for speech, but also more risk for choking than any other mammal. Uniquely among mammals, we send our air and food down the same tunnel.  Only a small structure called the epiglottis, a kind of trapdoor for the throat, stands between us and catastrophe.  The epiglottis opens when we breath and closes when we swallow, sending food in one direction and air in another. Occasionally it errs and the results are dire.  Humans choke to death more easily than any other mammal.  Indeed it can reasonably be said that we are built to choke, which is clearly an odd attribute to go through life with.

Bryson illuminates many odd attributes of the human body – the spleen and lymph nodes, hair follicles and gut bacteria, with rare wit and reverence.  Honestly, the book makes you want to ponder your big toe or your earlobe and shout “Hallelujah!”

[With far less grace but still with good intentions, I’ll be teaching lifestyle choices that protect our body-brain, especially as we age, as part of the Bouncing Back, Moving Forward: Resilience and Post-Traumatic Growth retreat at Spirit Rock Meditation Center December 14-15, 2019.]