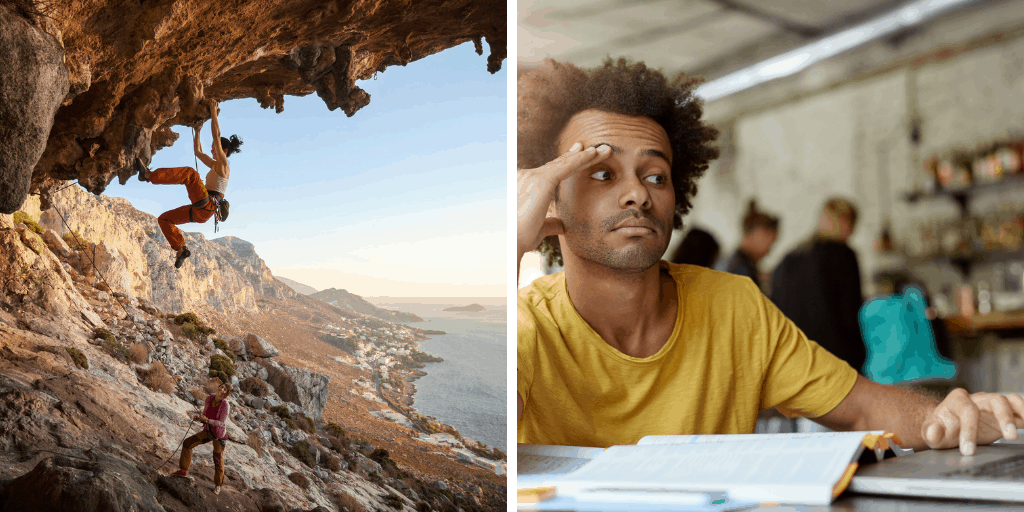 Here’s the definition of resilience adopted by the American Psychological Association:

Resilience is the process of adapting well in the face of adversity, trauma, tragedy, threats or significant sources of stress.

Not only do we need resilience to adapt well to adversity, trauma, etc. We need a certain amount of adversity, with enough internal and external resources to meet the challenges, to develop resilience. Resilience is a complex set of capacities that develops from experience and from skillful reflection on that experience.

Given the inevitability of disappointments, difficulties, and even disasters in human experience, and given the innate capacities in the human brain to learn to cope with those disappointments, etc., we can almost take the need for developing resilience for granted.  Certainly, we need to affirm our responsibility to learn to become resilient if we are to thrive and flourish in our individual lives, in our larger communities, in our larger societies.

So it’s a bit alarming to read through the powerful analysis and evidence presented in The Coddling of the American Mind that not only are current parenting practices and expectations in American universities not teaching youngsters growing up in America today to be resilient; we’re teaching youth to be not resilient but fragile.

Greg Lukianoff, CEO of the Foundation for Individual Rights in Education and Jonathon Haidt, professor of Ethical Leadership at New York University’s Stern School of Business, document the recent trends in the words of their sub-title: How Good Intentions and Bad Ideas Are Setting Up a Generation for Failure.  Their thesis is very similar to the concepts underlying the Drama Triangle of transactional analysis, where people play out the archetypes of victim, rescuer, and persecutor, remaining trapped, unempowered, and un-resilient in their own psyches, in families, and in any interpersonal relationships.

The Coddling of the American Mind sets out to demonstrate that a shift from a resilient mindset – trusting one’s self to meet the challenges of daily living and larger global problems – is deteriorating into a culture of victimhood, undermining resilience far beyond our individual psyche or family dynamics.

Beginning in 2013, the year members of the IGen generation began entering college, social science researchers noticed a new premise arising from the era of over-protective, helicopter parents (among 5 causes listed below) that students are fragile and need faculty and administrators to protect them from “triggers” and “micro-aggressions” rather than learning from elders how to be strong, competent, and resilient in the face of them.

This assumption of fragility manifests in:

* students asking faculty to provide “trigger warnings” of material in lectures or texts that might make them “feel unsafe” in the classroom, even demanding that “triggering materials” be removed from academic courses.

*students (sometimes violently) using the “hecklers veto” to prevent other students from attending the “offensive” talks.

Education should not be intended to make people comfortable, it is meant to make them think.

– Hanna Holborn Gray, former president of the University of Chicago

…now students are placing the burden of emotional safety on professors and administrators rather than learning to self-regulate, develop emotional intelligence, and take responsibility for resolving differences with others themselves.

One startling example from the book of claiming fragility rather than resilience:

In 2015, a professor at Oakton Community College in Illinois received a cease-and-desist letter from the college based on a one-sentence email he had sent to a few colleagues.  His email noted that May Day is a time “when workers across the world celebrate their struggle for union rights and remember the Haymarket riot in Chicago.”  The college alleged that the reference to the 1886 riot was threatening to the college president, because she was one of the recipients of the email.  Why?  Because the rally “resulted in 11 deaths and more than 70 people injured.”  Of course, many major American holidays commemorate events that were far more costly in terms of lives lost. But when a reference is made to Memorial Day, Veterans Day or even the Fourth of July, nobody assumes it is a threat.

Such reactivity flies in the face of millennia of human experience and decades of well-replicated research – that we learn to become resilient because of dealing with adverse experiences, not by avoiding them.  Instead of preparing students to skillfully handle the challenges of the real world (not always just, not always compassionate, fraught with bumps and bruises) such restrictions and censorship promote a kind of cognitive distortion that prevents the development of resilience.  Instead of taking responsibility and remaining empowered, students and faculty shift into a shame-blame-attack culture that keeps them firmly entrenched in the drama triangle.

And in the age of social media, with permission to call out and shame-attack other people without consequences, some truly tragic costs occur to innocent people’s lives and professions.

* Individual students can accuse an individual professor or administrator of bias or micro-aggression, often based on flimsy or false evidence or personal feelings; the message goes viral on social media and generates a “witch hunt” where, when college presidents and board are afraid to set limits and push back, popular and tenured professors have been threated, discredited, censored, and fired with no due process, no protection under the First Amendment of the Constitution.

These “witch hunts” are almost unfathomable to me, growing up in the era of the Free Speech movement at U.C Berkeley and the free university of even my own very conservative Northwestern University.

No one should have to pass someone’s else’s ideological purity test to be allowed to speak. University life, – along with civic life – dies without the free exchange of ideas.  In the face of intimidation, educators must speak up, not shut down. Ours is a position of unique responsibility; we teach people not what to think but how to think.

The authors of The Coddling of the American Mind offer several inter-connected causes for the derailing of learning to think, learning to be resilient:

* The increasing polarization in American society in general that has fostered a common-enemy identity rather than a common-humanity identity.

* The rise of anxiety and depression among adolescents to an all-time high.

The books offers a brilliant synopsis of the work of Jean Twenge, social psychologist at San Diego State University, and her research in iGen: Why Today’s Super-Connected Kids Are Growing Up Less Rebellious, More Tolerant, Less Happy – and Completely Unprepared for Adulthood – and What That Means for the Rest of Us.

There’s a clear correlation between social media, increased emotional and mental vulnerability among youth, and this super-connected generation encountering the pressures of college.

So many teens have lost the ability to tolerate distress and uncertainty, and a big reason for that is the way we parent them.

The authors fully acknowledge and honor parents’ fears for the safety of their children, while noting the shift from “free-range kids” – allowing kids to play with other kids unsupervised in a neighborhood playground, allowing kids to ride the bus on their own to school or to a friend’s house – to overly-restricted, overly-supervised kids and the ramifications for parents who decline or “neglect” to be so restrictive.

From the book: two parents in Florida were delayed getting home; their 11-year old son played basketball in their yard for 90 minutes. A neighbor called the police; the parents for arrested and held overnight in jail for felony child neglect. The son and 4-year old brother (who was baby-sat elsewhere) were placed in foster care for one month. (!!!!!)

* The decline of play: kids choosing when/where to play and with whom finishes essential brain development, is good “democracy prep” (solving problems with peers on their own) and builds resilience in ways that scheduled piano lessons and organized soccer games do not.

Denying children the freedom to explore on their own takes away important learning opportunity that help them to develop not just independence and responsibility, but a whole variety of social skills that are central to living with others in a free society.   A society that weakens the children’s ability to learn these skills denies them what they need to smooth social interaction.  The coarsening of social interaction that will result will create a world of more conflict and violence, and one in which people’s first instinct will be increasingly to invoke coercions by others parties to solve problems they ought to be able to solve themselves.

* The corporatization of colleges: growth in administrative/fundraising/legal functions have far outstripped the numbers, role and power of faculty in every academic setting, from prestigious private universities to small local community colleges. In the face of students demands, the “bureaucracies of safetyism” tend of over-react and under-regulate in order to protect the interests of the institution (CYA) rather than academic freedom of inquiry or even constitutional freedom of speech.

Jon Haidt and Greg Lukianoff raise questions relevant not only for the younger generation or any individual needing to cultivate more resilience, but for our society as a whole, recovering values that make us a strong, inclusive, just democracy.

Reversing the trend, of course, is challenging.  It would require pushing back against major paradigm shifts in our culture…..an enlightened collective/community effort as well as individual effort.

The Coddling of the American Mind offers a supremely thoughtful and powerfully succinct analysis of why young people are less resilient today than previous generations. And offers wise and workable solutions for wiser kids, wiser schools, wiser universities, wiser societies.  Among the solutions suggested for wiser kids:

* Assume that your kids are more capable this month than they were last month.

* Learn about the Free-Range Kids movement [link] and incorporate suggestions into family life.

* Send your children to an overnight summer camp in the woods – without devices.

* Encourage your children to engage in a lot of “productive disagreement”

And take to heart this wisdom from John Roberts, Chief Justice of the U.S. Supreme Court, in his commencement speech to his son’s middle school:

From time to time in the years to come, I hope you will be treated unfairly, so that you will come to know the value of justice.  I hope that you will suffer betrayal because that will teach you the important of loyalty.  Sorry to say, but I hope you will be lonely from time to time so that you don’t take friends for granted.  I wish you bad luck, again, from time to time so that you will be conscious of the role of chance in life and understand that your success is not completely deserved and the failure of others is not completely deserved either.  And when you lose as you will from time to time, I hope every now and then, your opponent will gloat over your failures.  It is a way for you to understand the importance of sportsmanship. I hope you’ll be ignored so you know the importance of listening to others, and I hope you will have just enough pain to learn compassion.  Whether I wish these things ort not, they’re going to happen. And whether you benefit from them or not will depend upon your ability to see the message in your misfortunes.