The Right Things to Do…Right Now

The Right Things to Do…Right Now 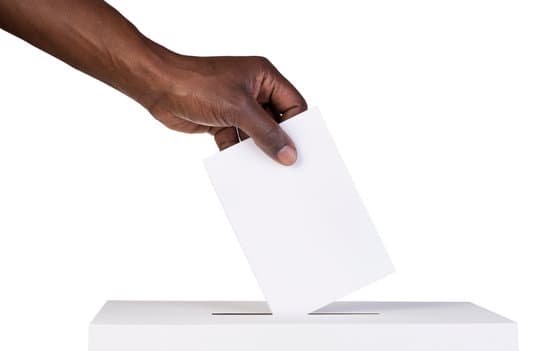 With the recent outcry and protests over the unconscionable death of George Floyd at the hands (under the knee) of Minneapolis police officers, and with the re-surging recognition (once again!) of the intolerable impact of racial discrimination and social injustice on our minority and marginalized citizens (the death rate from COVID-19 up to six times higher in black communities, according to Johns Hopkins University and the Journal of the American Medical Association)…

…many of us are more disconcerted, more staggered and stymied, more confused and uneasy about what to do, how to cope, than at any time since the beginnings of the pandemic shutdowns in mid-March.

This post is a direct pass-through, with his permission, of Rick Hanson’s Just One Thing newsletter posted June 3, 2020. Rick has been a wise, clear, compassionate humanitarian thinker for me and for many for a very long time. The clarity of focus found in the post below is sorely need right now. More political than usual; Rick acknowledges that. Please take the time to be inspired.

I invite you to join Tara Brach, Jack Kornfield, and Van Jones in the WinWinsconsin Webinar, June 11. Their goal is to mobilize voters in a critical swing state to ensure we elect a president who embodies wise and compassionate leadership. RSVP for the 45-minute webinar here.

What difference do we make?

Sometimes it’s hard not to feel hopeless. You might be dealing with a personal situation – perhaps illness or unemployment – that’s not getting better. Or you could be alarmed at the climate crisis. Or appalled, as I am here in America, by the recent murder of George Floyd by a policeman, and by our related long history of slavery, racism, and injustice.

What happens in society affects individuals. And we are understandably concerned about others even if we’re not directly involved. So I’m going to write here about political matters, and if you think that’s not a suitable subject for me, please read no further.

Sometimes it’s natural to feel stunned, shocked, powerless. And natural to be flooded with rage or fear or an overwhelming sorrow. Still, even in the midst of all this, you can be mindful: aware and present, and not entirely swept away. Then at some point you take a breath and look around and try to figure out what to do.

One thing to do is to vote. We vote in lots of ways. Besides what we do at a ballot box, we offer a kind of vote – a choice with consequences – when we sign a petition, march in the streets, or send money to a cause or candidate. In a broad sense, we vote when we shift to renewable energy or speak up for anyone who is being mistreated. Inside your mind, you cast a kind of vote when you take a moral stand. The root of the word, vote, is vow: to make a commitment, to claim whatever power you do have – and use it.

Someone might say, “What does it matter, any single vote – any thought or word or deed – is a drop in the ocean.”

But every choice matters to the person who makes it. Knowing that you are committed to something and have kept your word to yourself, that you’ve walked your talk, feels good in its own right. Plus it’s a powerful antidote to helplessness and despair.

Further, when others see you taking action, that can inspire them to do the same. And the gradual accumulation of many little efforts, drop by drop, can become a mighty stream. I came of age in the late 1960’s, and in my lifetime I’ve seen major improvements in civil rights, environmentalism, gay marriage, and women’s rights. These changes have been the result of countless “votes” that have added up over time.

Of course there is still a long way to go. The votes we cast – with our ballots and words and deeds – are no guarantee of success. But if we don’t vote, again and again, failure is what’s guaranteed.

Vote for Facts
I wrote about this soon after the US election in 2016. To quote the opening section: “Being foggy about facts and unclear about values is like driving a car eyes-closed and not caring what happens.”

Unfortunately, most people lack even basic knowledge of the past 30 years in America. But a few minutes online with Wikipedia or other credible sources will tell you a lot. And check out the detailed summary (with over a hundred linked sources) in my piece from 2016; the last four years have largely been more of the same.

Turn in Your Ballot
In the 2016 Presidential election, Hillary Clinton got nearly 2.9 million more votes than Donald Trump, but his victories in Wisconsin, Michigan, and Pennsylvania by nearly 78,000 votes put him in the White House. Votes matter.

Yet nearly half of the adults in America did not bother to vote. They shrugged and couldn’t be bothered – as if there were no meaningful difference between Democrat and Republican polices (and judges), between Obama and Bush, Clinton and Trump. I have my preferences, but fundamentally I don’t care how people vote, I just want them to vote at all.

When they’ve been able to, Republicans have made voting as difficult as possible (see this and this), including just a couple months ago in Wisconsin during an epidemic. But mail-in balloting is becoming increasingly common, plus if necessary we can stand in line for a few hours every four years. And as President Obama points out, voting at the local level – cities and counties and states – has the most direct effects on police policies and other high impact issues.

Voting is sacred. As we approach the most consequential election since 1864, it will likely depend on turnout in a few battleground states (hello again, Wisconsin, Michigan, and Pennsylvania – and also Florida). We can encourage and help others to vote – particularly the young people, 18 to 25-year-olds, who vote the least . . . yet will most inherit the effects of global warming, wealth inequality, and other serious problems.

Confront Bad Faith
It’s one thing to argue about politics in good faith. Then there is a shared interest in the actual facts, and if you shouldn’t do something, well, I shouldn’t do it, either. Telling the truth and playing fair are the foundation of all relationships – from two people in a couple to millions of people in a country. Lying and cheating are not tolerated in sports or business. So why do we put up with them in our politics?

And on and on it goes. Person B is not there in good faith. Chasing the substance of X and Y and Z is like playing whack-a-mole, and it just serves Person B’s actual agenda, which is to blow smoke in people’s eyes. Instead, we need to confront the bad faith as the primary issue.

How you do that will depend on the situation. You might ignore some troll on Facebook, or gently ask a friend with different views if you could talk about politics in another kind of way. Or you could be right up front as soon as it’s clear what’s happening, that the other person has zero interest in any kind of open dialogue, and you might say something like: “What’s your real purpose here? You keep saying things that are untrue or unrelated to what I’m talking about. You’re just trying to change the subject instead of dealing with what I’m saying. I’m done talking with you about this.” Even if you don’t get anywhere with that person, you’ve stopped wasting your own time, plus you might have a good effect on others who are watching.

Stand up for Others
My life has had its difficulties, but as a white man I’ve been privileged in many ways. It’s gut-wrenching to begin to appreciate how much prejudice, discrimination, abuse, and even murderous violence that people of color experience or risk every day. I remember being eleven years old and the visceral shock of going to a gas station’s bathroom in North Carolina in 1963 and seeing three doors labeled: Men . . . Women . . . Colored. The recent police killing of Breonna Taylor – shot eight times in her own bed – as well as many other examples tell us that these issues are still very much with us today.

At the policy level, we can support reforms to law enforcement, and other structural changes to improve racial equity. At the personal level, it’s been helpful to turn to resources such as this and this. As a white person, it’s been important to listen, and feel the weight of what’s being said, and try to learn and not assume, and recognize impacts on others, and find the sincere desire to be an ally, and keep trying to be a better one.

Vote for Yourself
Deep down, we each have the power to see what we see, value what we value, and make our own plans. It may not be safe or useful to say this out loud. But we can always say it to ourselves.

That’s a kind of vote. No matter what happens out there in the world, we can always vote within our own minds. It’s like we each have an inner voting booth. We can take refuge in the sure knowing of what we do there.

I draw guidance and strength from people who have faced vastly greater hardships than I have, and who speak of what we can do inside ourselves with the authority of their own suffering and pain. One such person is the Dalai Lama, who offered a recent interview that is worth watching. He spoke of the systemic racism that Tibetans face in their own country, as well as the challenges worldwide with the coronavirus plague. And in his face and tone and words, he expressed that irreducible human freedom to make our own choices, to claim the power that we do have, and to use it, and use it well, with compassion for all beings.

While our focus during the pandemic is on saving lives, it’s important to remember the devastating impact the virus has on the organs of survivors, from brains to blood vessels.

What can death teach us about living well? A pioneer in the field of end-of-life care, Frank Ostaseski, joins us to explore the fear of death, anger, true courage, and acceptance in the face of it all.

There are gains and losses for both parents in the arrival of their child. This article looks at what is essentially a normal, but often very difficult process as families adjust to growth.

“It’s a wonderful paradox that as individual things – such as the self – feel increasingly groundless and unreliable, the totality of everything feels increasingly safe and comforting.”

JUST ONE THING (JOT) is the free newsletter that suggests a simple practice each week for more joy, more fulfilling relationships, and more peace of mind. A small thing repeated routinely adds up over time to produce big results.