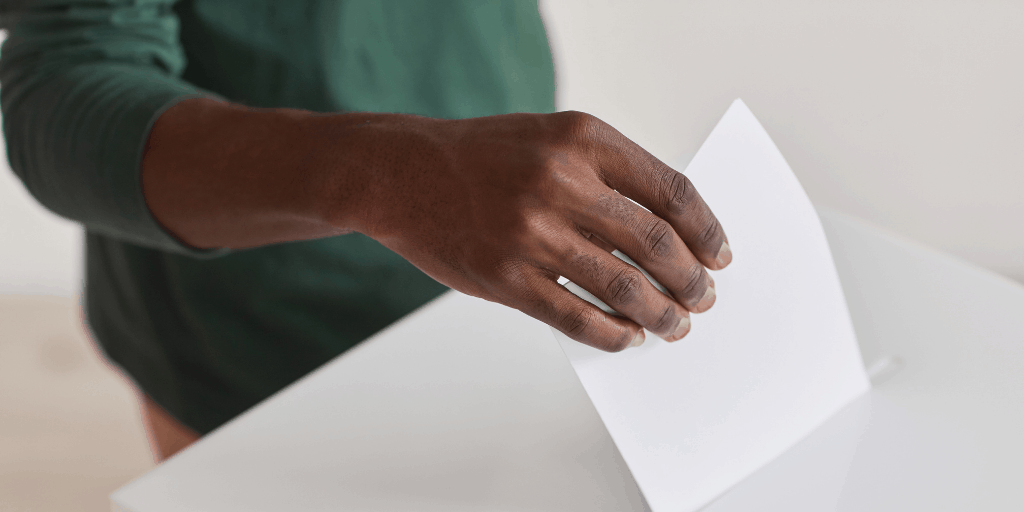 I dropped my ballot for next week’s national, state, local elections into the locked box at my county office building yesterday morning.  Strange to go to such lengths to make sure my individual votes get counted this year. Strange to see so many local and state propositions on the ballot; government seems to be working at the local and state levels just fine.

Voting has always been complicated in America.  And it’s been a long slog to gain the right to vote from the ruling minority and to protect that right vote for all of us, bit by bit.

When the U.S. Constitution created a new democracy’s rights and rules for voting in 1789, only 6% of the population was granted the right to vote – white males who owned property. (And even that 6% had to be vetted through a federal electoral college for presidential/vice-presidential elections.)

Over time, the requirements to own property were gradually lifted, state by state.  By 1840 80% of white males were voting, radically less than 50% of the population, many of them poor.

Naturalized male citizens gained the right to vote in 1868, African Americans and other ethnic groups in 1870, Native Americans in 1887 (but only if they dissociated from their tribe) through amendments to the federal constitution.

But individual states retained the rights to determine who could or could not vote according to state law.  Beginning in 1877, the Jim Crow laws enacted in the former Confederate states disenfranchised nearly all of the new voters through poll taxes, literacy tests, grandfather clauses. (How many pebbles are in this glass jar?)  Those state laws – and disenfranchisement – was the law of the land for 82 years until the Voting Rights Act of 1965, which mandated that federal law could overrule state law to protect the right to vote for all U.S. citizens.

Women gained the right to vote in 1920, but non-white women were still disenfranchised under the laws of Jim Crow.

In 2013, the U.S. Supreme Court ruled certain key portions of the Voting Rights Act of 1965 to be unconstitutional, opening the door to disenfranchisement of African American voters once again, through voter registration IDs, voter roll purges and precinct closings.

The 2016 presidential election was decided not by the results of the popular vote (65,853,514 (48.2%) for Hilary Clinton v. 62, 984,828 (46.1%) for Donald Trump) but by the (archaic left over from the slavery era) electoral college. Not to mention alleged interference in the election by social media bots from foreign powers.

Like I said, it’s been a long slog, and it’s complicated.

So I dropped off my ballot yesterday morning, knowing my right to vote is a privilege riding on the blood, sweat, and tears of millions of Americans who have fought, and are still fighting, for the right to vote in a fair and truly representative election.

I grew up in the land of Abraham Lincoln, so as an elementary school child I memorized the words of the Gettysburg address, delivered in the middle of the civil war to end slavery forever, at an early age: …that government of the people, by the people, and for the people, shall not perish from the earth.”