We’re On the Cusp: Poems on the Power of Voting

We’re On the Cusp: Poems on the Power of Voting 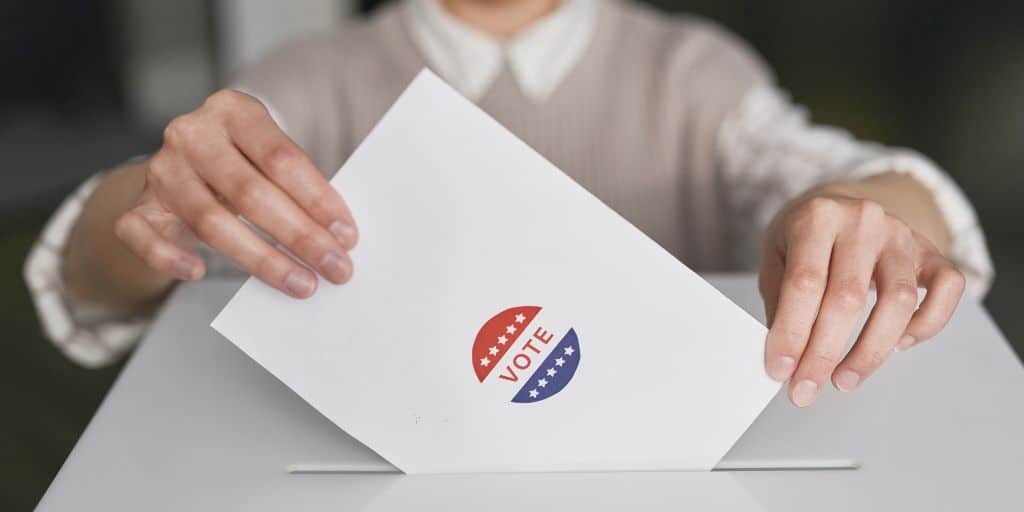 In the upcoming mid-term elections, democracy in America is on the cusp of retaining or rejecting the most fundamental principle of democracy, that elected officials shall protect and serve the rights of its citizens.

“As people across the country flock to their local poll locations to vote in the mid-term elections, it’s difficult not to think of the broader implications of these elections: how we interpret certain rights and responsibilities, how we understand the truth of the issues, how we may hold ourselves accountable as citizens in a democracy, and how we may define America—the political and the personal, the historical and the current.

As Langston Hughes proclaimed in his  poem “Let America be America again,” with its complexities and multiplicities, America has never contained just one story. Poetry is a language that addresses all that it means to be American, to be human, and to be living in the world today.”

Here are three poems from Poets.org that speak to the urgency of giving voice to human rights and human needs, knowing how essential voting is to that process in a democracy.  The messages are not easy, but essential. Read them, honor their wisdom, and go vote in the upcoming elections.

After reading a letter from his mother, Harry T. Burn cast the deciding vote to ratify the 19th amendment of the U.S. Constitution

My parents are from countries
where mangoes grow wild and bold
and eagles cry the sky in arcs and dips.
America loved this bird too and made

it clutch olives and arrows. Some think
if an eaglet falls, the mother will swoop
down to catch it. It won’t. The eagle must fly
on its own accord by first testing the air-slide

over each pinfeather. Even in a letter of wind,
a mother holds so much power. After the pipping
of the egg, after the branching—an eagle is on
its own. Must make the choice on its own

no matter what its been taught. Some forget
that pound for pound, eagle feathers are stronger
than an airplane wing. And even one letter, one
vote can make the difference for every bright thing.

What to wear, how to smoke, how to despise our parents
who didn’t understand us or America

Let Them Not Say

Let them not say:   it was not spoken, not written.
We spoke,
we witnessed with voices and hands.

Let them not say:     they did nothing.
We did not-enough.

Let them say, as they must say something:

A kerosene beauty.
It burned.

Let them say we warmed ourselves by it,
read by its light, praised,
and it burned.